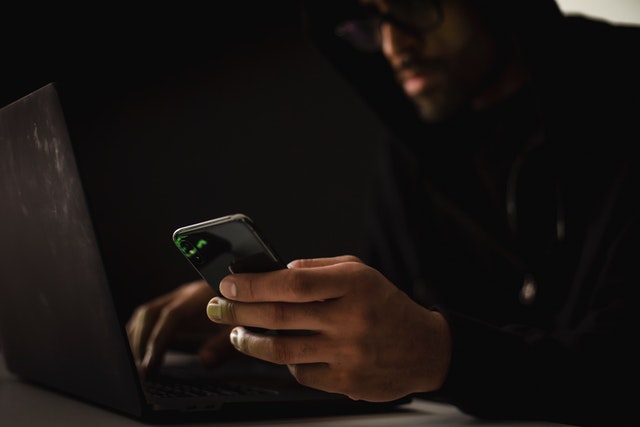 How to protect yourself from metadata

Ten apps to monitor and track your child’s Internet activities

IN 2018, Azeezat Adedigba, a reporter at the time with Premium Times –  a  digital news platform – was about her duties when she received a call from an unfamiliar line. She didn’t pay attention until the calls became incessant.

The call would later turn out to be an invitation from a police officer who tracked her movement through her mobile device. She was subsequently summoned to appear at the police headquarters in Abuja over a robbery incident. The robbery claim became plausible as she had previously reported a case when she fell victim to this act. Unknowing, Azeezat was wrong.

“I was detained for over four hours. It was a psychological torture because nobody was asking me any questions at first. It was after the dilly-dallying that the SARS (Special Anti-Robbery Squad) operatives told me they were looking for my colleague Samuel Ogundipe,” Azeezat said.

She was ordered to call Ogundipe who was later arrested for refusing to disclose the source of a story involving a former Inspector General of Police, Ibrahim Idris. As colleagues working for one of Nigeria’s reputable digital publishing platforms, both reporters often spoke over the phone about their work. Unaware that their regular conversations were being monitored by security personnel.

Azeezat’s experience mirrors a growing trend of telecom surveillance that is being used to hunt journalists and active citizens by state security agents. Reeling from the experience, she confessed to having taken strict adherence to digital security measures in order to secure her digital footprints.

“I do turn off my location and I keep a very low profile about my personal life online. I change my passwords frequently and I no longer make work calls with telcos. I use WhatsApp and Signal since those apps offer end-to-end encryption. My email conversation is also encrypted and I try to follow safety precautions diligently,” she  stated.

Members of Nigeria’s civil society have accused the government of using the excuse of national security to invade the digital privacy of citizens.

In a 2021 study on digital authoritarianism published by members of the Action Group on Free Civic Space (AGFCS) averred that access to advanced technology has made it easier for the government to track citizens under the guise of national security.

“What access to advanced technologies and tech-powered big data has done is to make it easy for state actors to take advantage of popular refrains like the ‘War on Terror’ to support, allow and justify privacy invasions and the abuse of civil liberties. And once coated with the balm of ‘national security’, it confers an automatic, and often unchecked license on state actors to do whatever that is necessary to ensure public safety against harm with much less scrutiny,” said Victoria Ibezim, one of the lead author and the Executive Director of Spaces for Change.

Monitoring of journalists, critics and members of the civic society is also on the rise as the Nigerian government continues to invest in surveillance technologies.

Reports in the public domain showed how two governors acquired spy softwares from foreign hacker-for-hire companies to spy on their opponents during elections.

There have also been digital attacks aimed at publishing platforms such as Premium Times and People’s Gazette as both websites have experienced Distributed Denial of Service attacks and blocked servers, respectively.

Legacy media publishing establishments such as the Daily Trust have also been raided. In 2019, men of the Nigerian military carted away 24 computers from the newspaper’s newsroom. The devices which were taken to the computer forensic room of the armed forces were only returned seven weeks later.

While concerns continue to rise about digital authoritarianism, the Nigerian government has continued to increase budgetary allocation to surveillance technology. In the 2021 supplementary budget approved by the national assembly, a total of N 4.8 billion ($ 11.5 million) was allocated to the National Intelligence Agency (NIA).

A  report states that N1.93 billion ($ 4.5 million) out of the money was earmarked for “WhatsApp Intercept Solution” and N2.93 billion ($7 million) for “Thuraya Interception Solution” – a communications system used for monitoring voice calls or call-related information, SMS, data traffic, among others.

The budgetary allocation which comes barely a month after the federal government suspended the operation of Twitter on June 4, 2021 was viewed as an attempt by the Nigerian government to limit freedom of expression in the country.

Freedom of Speech under threat

Members of the Nigerian civil society have pointed to the swiftness with which bloggers, activists and social commentators are arrested on account of critical comments posted on social media as evidence of a well-coordinated surveillance operation monitoring the activities of citizens online.

Babatunde Olusola, an undergraduate of the Ladoke Akintola University of Technology (LAUTECH)  was detained on May 23rd, 2020 for over 80 days for creating a parody Twitter account for former Nigerian President, Goodluck Jonathan.

Media reports state that he was traced and arrested him using the information on his call log obtained from telecommunication service providers.

Recalling an encounter with security operatives at the police headquarters in Abuja after his platform published a story on fake police camp projects last year, Soyombo said the police extracted the phone numbers of everyone connected to the organisation — including reporters, lawyer and board members —- texting them to appear at the force headquarters.

“If I had not honoured their invitation, they would have tracked our lines to arrest one of us. I do know from the experience that if the authorities are interested in you, they will track your phone and get you to your location. They have the equipment, it is just a question of how high you are on their priority list,” Soyombo stated.

The multiple award-winning investigative reporter admonished journalists to embrace safety precautions to ensure their activities are not easily tracked online.

“I will encourage journalists to subscribe to digital security training opportunities. Another thing to do is to speak with experts and share ideas and knowledge about digital security practices.

“As a matter of policy, I do not post about my current location while I am still there. There are State agents who disguise themselves as journalists but are spies. A lot of people do not know that an institution like the DSS (Department of State Services) invests in information gathering,” Soyombo submitted.

While the right to privacy is a fundamental human right enshrined in Nigeria’s constitution, the 1962 Official Secrets Act empowers security forces to grant themselves warrants to search and seize all materials considered evidence, as well as arrest those suspected of committing offenses under the act.

However, Article 8 of the African Union Convention on Cyber Security and Personal Data Protection states that “each state party shall commit itself to establishing a legal framework aimed at strengthening fundamental rights and public freedoms, particularly the protection of physical data, and punish any violation of privacy without prejudice to the principle of free flow of personal data”.

In a bid to reflect international standards by adopting a legal framework for data protection, stakeholders have called for the enactment of the Nigeria Data Protection Regulation (NDPR) issued in 2019.

The NDPR, which is viewed as Nigeria’s response to Europe’s General Data Protection Regulation (GDPR) is aimed at helping to provide guidelines to organisations on the use and protection of the personal data of Nigerians.

However, the expansion of ongoing state-backed biometric registration in the middle of a lack of regulatory framework safeguarding the rights of data subjects can serve as a fuel for a state crackdown on active citizens.

“When you keep hammering on data collection and registration — it is about power, grip and stranglehold on the people. There is no genuine interest to increase the benefit of the government to the people”, Fisayo said.

Reporting supported by the Africa-China Reporting Project (ACRP) at the University of the Witwatersrand, South Africa.

Chat us on WhatsApp
Advertisement
Previous articleOver 3,300 drug traffickers arrested, 677 jailed in three months – NDLEA
Next articleFACT-CHECK: Drone footage of ‘bandits’ posted by Joe Igbokwe is from Kenya not Nigeria