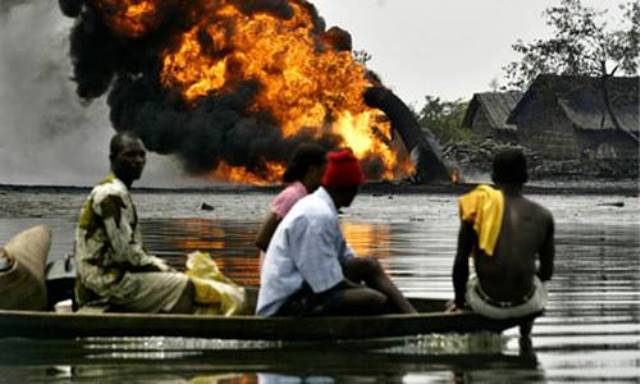 THE Federal government has expressed worry that vandalism is driving down Nigeria’s production quota, which fell under  one million barrels per day in August.

Nigeria, in August, failed to meet its oil production quota of 1.826 million bpd allotted it by the Organisation of Petroleum Exporting Countries (OPEC).

It could only produce a paltry 927,000 bpd for the month, as revealed by OPEC in its September report.

NNPC records 77 per cent increase in pipeline vandalism in June

The country’s inability in recent times to meet the OPEC alloted quota has seen it resorting to borrowing to fund its budget deficit, since it largely depends on crude oil sale proceeds for its budget benchmark.

The minister of state for Petroleum Resources, Timipre Sylva, expressing concerns about vandalism, disclosed there were about 265 illegal refineries in the Shell Petroleum Development Company (SPDC) corridor alone as Nigeria continues to grapple with oil theft.

Sylva spoke in Lagos at the 60th anniversary of the Oil Producers Trade Section (OPTS) of the Lagos Chamber of Commerce and Industry (LCCI) on September 22.

The minister, represented by the acting permanent secretary, ministry of Petroleum Resources, Kamaru Busari, said vandalism and oil theft had resulted in Nigeria producing less than one million barrels of crude oil per day.

Sylva said the country’s inability to meet the OPEC quota had deprived it of the much needed oil revenue when oil prices were very high in the international market.

He said that, nevertheless, the government was engaging host communities and security agencies, as well as deploying technology to address the issue in order to boost investors’ confidence in the sector.

The deputy general manager, Treasury, NNPCL, Dapo Segun, however, maintained that the company was resilient and would work with other stakeholders to overcome the security challenges.

Segun said, “We have deployed creative solutions to tackle security challenges in the operational areas.

“Technological intervention for both monitoring and prompt intervention will also be set up. The tackling of the menace is a top priority for NNPCLtd.

“Also, our new governance framework provides us autonomy and opportunity for self-accounting, hence cash-call settlement, including arrears, would be settled and handled promptly going forward.”

Birnin- Gwari massacre: 84 killed in seven weeks − What do the killers want?

How I will tackle insecurity, oil theft if elected president — Peter...