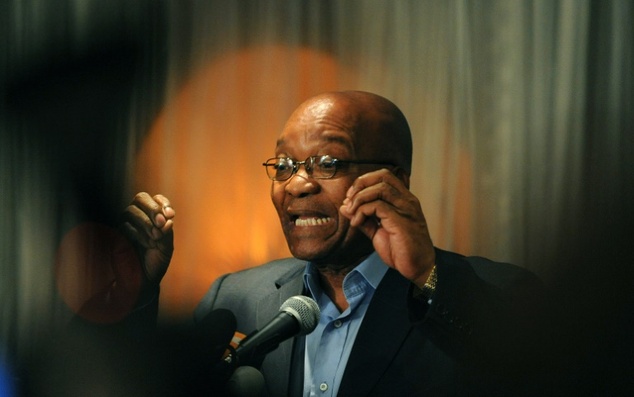 Jacob Zuma, President of South Africa, has resigned from office.

He announced his “immediate resignation” on Wednesday after the ruling ANC party threatened to eject him from office via a parliamentary vote of no confidence.

The scandal-tainted Zuma said in a 30-minute national television address that he had “come to the decision to resign as President of the republic with immediate effect”.

Hours before his resignation, Zuma sounded defiant and aggrieved during a live interview with the state broadcaster SABC.

He indicated strongly that he would stay put, claiming that the party’s effort to pull him from office was “unfair”, as that he was being “victimized”. He insisted that he had done nothing wrong.

“I fear no motion of no confidence or impeachment … I will continue to serve the people of South Africa and the ANC. I will dedicate my life to continuing to work for the execution of the policies of our organization,” Zuma said.

However, late in the afternoon, he expressed gratitude to the ANC and South Africans for the privilege of serving them, after which he announced his resignation.

“I have come to the decision to resign as the president of the republic with immediate effect,” he said.

“I respect the prescripts of the Constitution on how we enter and exit political office. I must accept that if my party and my compatriots wish that I be removed from office they must exercise that right and do so in the manner prescribed by the constitution. I fear no motion of no confidence or impeachment.

“I thank citizens of South Africa for the privilege of serving as president since 2009. It has been an honour that I will cherish as long as I live. I wish to thank members of cabinet, deputy ministers and the whole government.”

Zuma’s resignation gives Cyril Ramaphosa, who took over the leadership of the ANC in December, the ability to be elected by parliament to the highest office.