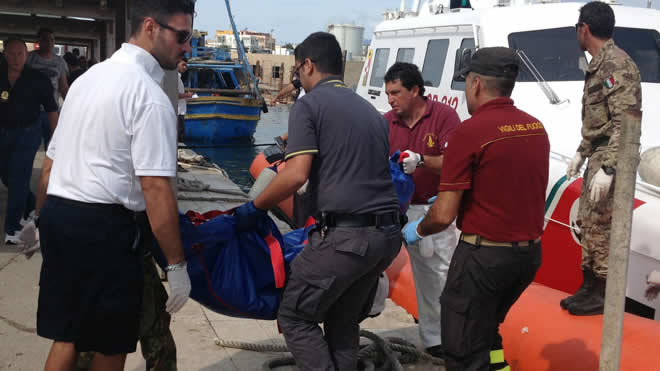 At least 114 people died and 235 were missing after a boat packed with African migrants sank off the southern Italian island of Lampedusa on Thursday.

Bodies fished from the water were laid out along the quayside as the death toll rose in what looked like one of the worst disasters to hit the perilous route for migrants seeking to reach Europe from Africa.

“It’s horrific, like a cemetery, they are still bringing them out,” Lampedusa Mayor Giusi Nicolini told reporters.

The coastguard said 151 survivors had been rescued after the 20-metre boat caught fire and sank about one kilometre off the island.

The UN refugee agency, UNHCR, said around 500 passengers, all Eritreans, had boarded the boat in Libya.

The disaster came four days after 13 migrants drowned off eastern Sicily and Italian President Giorgio Napolitano said action was needed by the EU to stem “a succession of massacres of innocent people”.

Last year, almost 500 people were reported dead or missing making the crossing from Tunisia to Italy, the UNHCR says. Numbers have been boosted by thousands of refugees from the civil war in Syria.