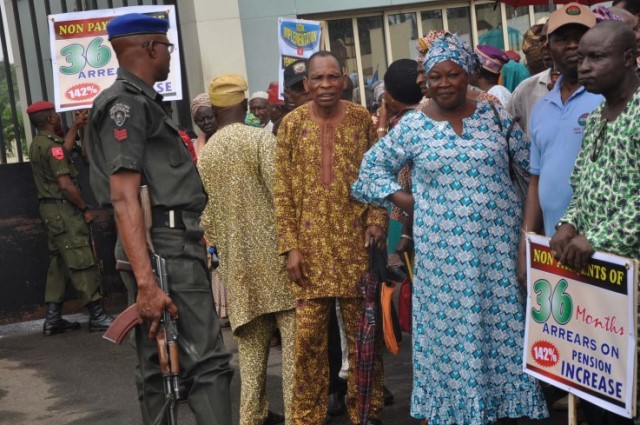 Local government pensioners in Akwa Ibom State on Monday protested the non-payment of their over five years’ gratuity by the state government.

The pensioners who marched along Wellington Bassey Road, near Government House, Uyo, appealed to Governor Udom Emmanuel to approve the release of payment of their outstanding gratuity dating as far back as 2012.

Effanga Ettah, the State Chairman of the Nigeria Union of Pensioners, who addressed journalists during the protest, decried the attitude of the state government to their plight.

He said that some pensioners in the 31 local government areas of the state had not received their gratuity, which he said had caused untold hardship to them.

“We believe that the state governor in his good gesture will approve the payment for the arrears, “Ettah said.

Victor Attai, the Commissioner for Local Government and Chieftaincy Affairs, who spoke on behalf of the state government, explained that the allocation due to the State from the Federation Account was getting smaller by the months, making it difficult for the state government to pay the pensioners as at when due.

He added, however that government was not unaware of the pensioners’ plight, especially those in the local government areas, appealing to them to be patient with the government.

THE Senator representing Delta North in the National Assembly, Peter Nwaoboshi, has been sent...
Advertisement