Politics and GovernanceElections
IHUOMA Chiedozie
May 10, 2022 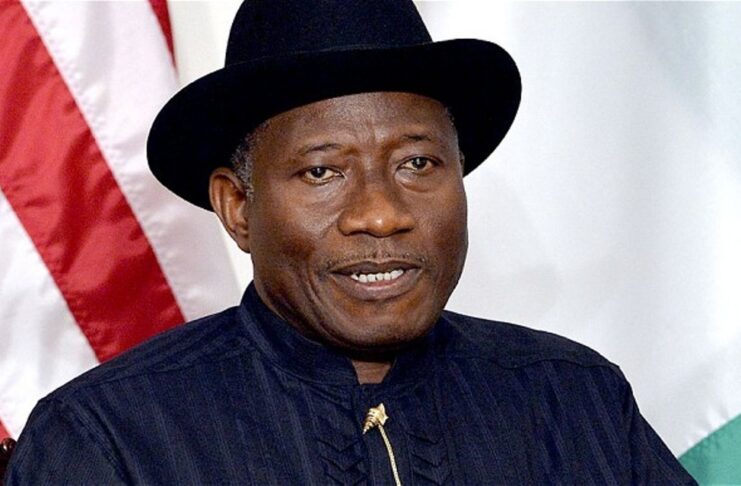 2023: I will give sense of belonging to every religious, ethnic group — Atiku

The forms were picked up for Jonathan on May 9 by the group led by one Ibrahim Abdullahi.

The development generated reactions across the country, leaving many Nigerians confused because Jonathan is known to be a member of the Peoples Democratic Party (PDP) and is yet to publicly defect to the APC.

While Nigerians were still trying to come to terms with the development, Jonathan’s camp and that of incumbent President Muhammadu Buhari appeared to clash over the matter.

One of Jonathan’s former aides Reno Omokri, in a post on Twitter, asked Nigerians to disregard the purchase of the APC forms for Jonathan by the Fulani group.

Omokri, a staunch critic of Buhari, tweeted, “First of all, to whet your appetite, let me say that under the rain and under the sun, I will follow Jonathan. Secondly, I can’t ever be one with APC. Thirdly, nobody can shave HE @GEJonathan’s head in his absence. Read between the lines. More to come.”

But, in apparent response to Omokri, Buhari’s aide on New Media Bashir Ahmad tweeted, “So, Goodluck Jonathan has dumped the opposition PDP and now a member of our great party, the All Progressives Congress (APC).”

Nigerians were still debating the issue on various social media platforms when Jonathan suddenly reacted to the development through his Media Adviser Ikechukwu Eze, around midnight on May 9.

Eze, in a statement posted on his Facebook page, said Jonathan did not authorise the purchase of the forms on his behalf.

The statement equally noted that the former President was not aware of the group’s plan to pick up the forms for him.

According to the statement, despite calls on him to contest the 2023 presidential election, Jonathan has not committed himself to the requests.

The statement reads: “It has come to our notice that a group has purportedly purchased Presidential Nomination and Expression of Interest forms, of the All Progressives Congress APC, in the name of former President Dr. Goodluck Ebele Jonathan.

“We wish to categorically state that Dr. Jonathan was not aware of this bid and did not authorize it. We want to state that if the former President wanted to contest an election, he would make his intentions clear to the public and will not enter through the back door.

“While we appreciate the overwhelming request by a cross-section of Nigerians, for Dr. Jonathan to make himself available for the 2023 Presidential election, we wish to state, that he has not in anyway, committed himself to this request. Buying a presidential aspiration form in the name Dr. Jonathan without his consent, knowing the position he had held in this country, is considered an insult to his person.

“The general public is therefore advised to disregard it.”

Another statement, reportedly issued by the Office of former President Goodluck Jonathan and published by Daily Trust, distanced Jonathan from the ruling APC.

The second statement read, “The attention of the Office of former President Goodluck Jonathan, has been drawn to the purported purchase of the Presidential Nomination and Expression of Interest form, of the All Progressives Congress, APC, in his name, by a group named ‘FULANI GROUP’.

“We wish to inform the General Public, particularly Nigerians, that Dr. Goodluck Jonathan has no knowledge whatsoever of the personalities behind the purported purchase of the form, in his name, not have any relationship with the association.

“It should be noted, that as at the moment, Dr Goodluck Jonathan is not a member of the APC and therefore could not have accepted such gesture, from those behind the move.

“While we appreciate the overwhelming request by cross-section of Nigerians, for Dr Jonathan to make himself available for the 2023 Presidential election, we wish to state, that he has not in anyway, committed himself to this request, even though some of them, considered patriotic.

“The general public is hereby urged, to disregard the action of the group, as it has no consent nor approval from Dr Goodluck Jonathan.”

The rejection of the APC presidential forms may have laid to rest speculations that the former President will contest the 2023 presidential election on the platform of the APC.

The speculations are hinged on an alleged plot by some unnamed Northern power brokers to hand power to Jonathan in order to appease agitations for power shift to the South.

Going by the Nigerian Constitution, Jonathan can only have one term in office if he returns to power, having had a previous term as president from 2011 to 2015, when he sought reelection but lost to APC candidate Buhari.

The sponsors of the plot to bring back Jonathan are believed to be working on the expectation that power will go back to the North when Jonathan completes his one single term.

Jonathan has never openly admitted his interest in the 2023 president race, although, on April 22, he told supporters who stormed his Abuja office to urge him to contest the election to “watch out”.

The supporters had urged Jonathan to rescue the country from insecurity, hunger and unemployment, as well as other challenges.

Responding, Jonathan said, “Yes you are calling me to come and declare for the next election, I cannot tell you I’m declaring. The political process is ongoing. Just watch out.”

The former President’s response was seen as an indication that he will join the presidential race and the speculations that he would contest appeared to have been confirmed when the group of Fulani nomadic pastoralists and almajiri communities, led by Ibrahim Abdullahi, picked the APC forms for him on May 9.

“We have decided to purchase this form for our former president, Dr Goodluck Ebele Jonathan, to come back and rule this country and continue with the good work he started,” Abdullahi had said shortly after the group picked up the N100 million forms at the International Conference Centre in Abuja, where the APC is selling its forms for the 2023 polls.

The rejection of the forms by the former President is coming hours to the APC’s May 10 deadline for the sale of 2023 election forms.

The party has not announced an extension of the deadline