25% of active voice users are from Lagos, Kano, Ogun- NBS 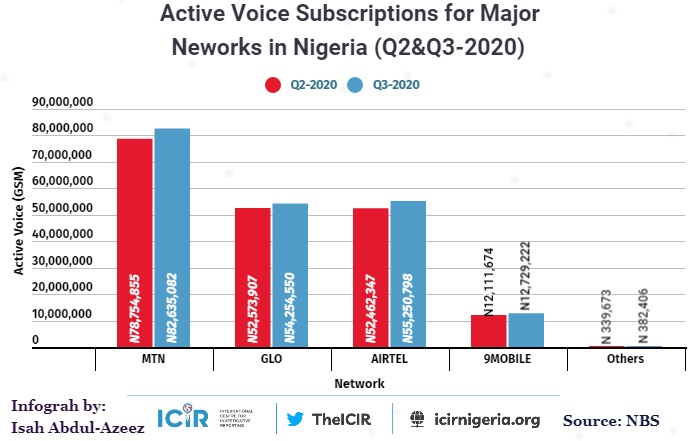 TWENTY-FIVE percent of active call subscribers in Nigeria in the third quarter of 2020 were from Lagos, Kano and Ogun states, telecommunication data recently released by the National Bureau of Statistics (NBS) reveals.

The data also shows that MTN had the highest share of subscribers within the period, followed by GLO and Airtel.

THE ‘Active Voice and Internet per State, Porting and Tariff Information’ data for the second quarter (Q2) and the third quarter (Q3) of 2020, released by the NBS, shows that there were 196.242 million and 205.252 million active voice subscribers in Q2 and Q3 respectively. This represents a 4.59 percent increase in voice subscriptions from Q2 to Q3.

Analysis of the data further shows that there were 143.636 million and 151.512 million active internet subscribers in Q2 and Q3 of 2020 respectively. This represents a 5.48 percent growth in internet subscriptions between the two quarters. 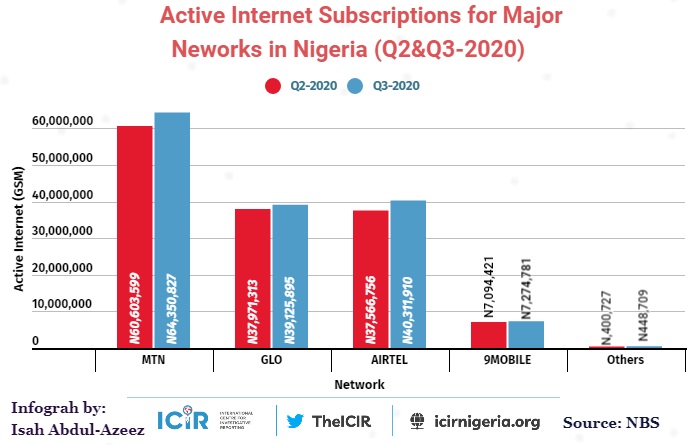 The data, which was provided by the Nigerian Communications Commission (NCC), was verified and validated by the National Bureau of Statistics (NBS).

From the data, it was recorded that Lagos State had the highest number of subscribers in terms of active voice per state in Q3 of 2020. This was followed by Kano and Ogun states. Bayelsa and Ekiti States had the least number of voice subscribers

Also in terms of internet subscribers, Lagos State still had the highest number, followed by Kano and Ogun states. Bayelsa and Ebonyi State had the least number of subscribers.