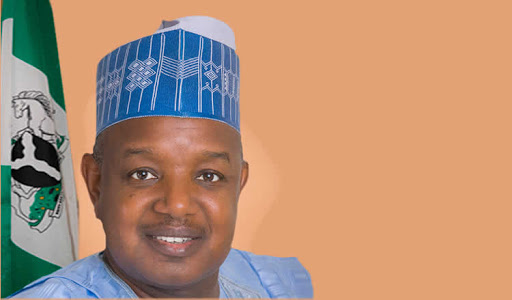 According to a Bloomberg report released on Friday, the Nigerian government has said it plans to transfer incoming Abacha loot of $100 million to Kebbi state Governor, Abubakar Bagudu.

The report says plans by the Nigerian government to transfer the said amount to the sitting governor and right-hand man of the former military ruler, Sani Abacha would undermine President Muhammadu Buhari’s plans to fight corruption in the country.

A filling made from the District Court on behalf of the District of Columbia in Washington revealed that President Buhari wants to honour a 17-year-old agreement which makes Bagudu entitled to the funds.

The U.S. Department of Justice says Bagudu was involved in corruption with Abacha. The DoJ also contends that the Nigerian government is hindering U.S. efforts to recover allegedly laundered money it says it’s traced to Bagudu.

Bloomberg reported that Buhari’s administration says a 17-year-old agreement entitles Bagudu to the funds and prevents Nigeria from assisting the U.S., according to recent filings from the District Court for the District of Columbia in Washington.

Matthew Page, an associate fellow at London-based Chatham House and former Nigeria expert for U.S. intelligence agencies said the move by the Nigerian government may frustrate further efforts by the US to repatriate stolen money to Nigeria.

“Instead of welcoming U.S. efforts, Nigeria’s lawyers appear to be supporting the interests of one of the country’s most powerful families,” Page said.

“This case illustrates how complex and contentious repatriating stolen assets to Nigeria can be.”

Transparency International estimates that the former military ruler may have looted as much as $5 billion during his 1993-1998 rule.

According to the Department of Justice (DoJ), General Abacha and others systematically embezzled billions of dollars in public funds from the Central Bank of Nigeria on the false pretence that the funds were necessary for national security.

The late General and his conspirators withdrew the funds in cash and then moved the money overseas through U.S. financial institutions, the DoJ said.

The DoJ explained how Abacha and his finance minister also allegedly caused the government of Nigeria to purchase Nigerian government bonds at vastly inflated prices from a company controlled by Bagudu and Mohammed Abacha, generating an illegal windfall of more than $282 million.

In addition, General Abacha and his associates allegedly extorted more than $11 million from a French company and its Nigerian affiliate in connection with payments on government contracts. Funds involved in each of these schemes were allegedly laundered through the United States.

The DoJ contends that the Nigerian government is hindering U.S. efforts to recover allegedly laundered money it says it’s traced to Bagudu.

However, when The ICIR reached out to the Senior Special Assistant Media and Publicity to the President, Garuba Shehu for reaction to this allegation, he did not reply to text messages sent to his phone by our reporter after he requested that he should send a message when a phone call was put across to him.

The move has also attracted reactions from Nigerians.

The Socio-Economic Rights and Accountability Project (SERAP) in a Twitter message on Friday remarked that “The reported plan by the Nigerian government to give $100 million from loots recovered from Sani Abacha to Kebbi State Governor Atiku Bagudu is a betrayal of the victims of corruption and an affront to the UN Convention against corruption.”