Adamawa governorship supplementary election will not be held on Saturday, court rules 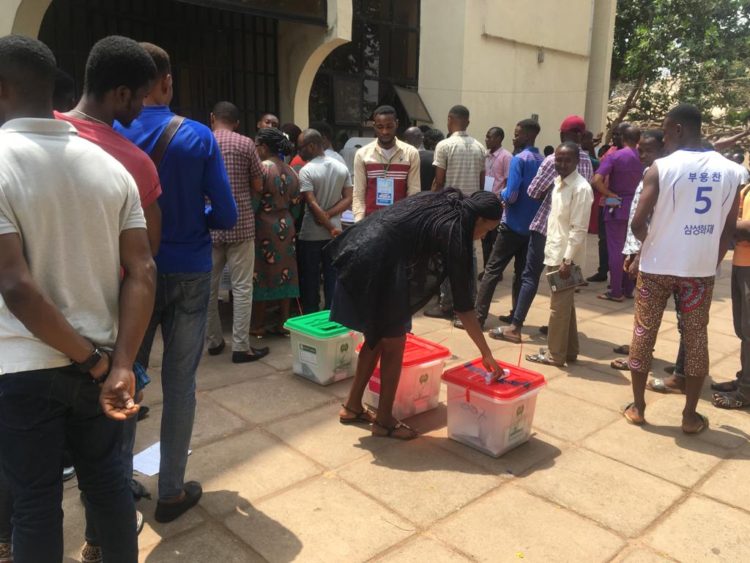 THE Adamawa State supplementary election which has been scheduled for Saturday, March 23 will not be held.

This is as a result of the court ruling today which extended the order that stops the Independent National Electoral Commission (INEC) from conducting a supplementary election for the governorship position in the state.

The court case arose in Adamawa State after one of the gubernatorial candidates, Mustafa Shaba of the Movement For Restoration and Defense for Democracy (MRDD) filed a suit against INEC over an exemption of his party’s logo on the ballot papers used on March 9 election.

Earlier the court had asked INEC not to go ahead with the supplementary election which the commission conceded, waiting for the Thursday’s court ruling to determine if the Saturday’s election will hold.

“I want to confirm to you that today, indeed a court order was served on the commission’s headquarters, and the commission in its usual very good tradition of compliance with court orders has sent appropriate notices, filed counter motions and counter originating sermon,”  said Adamawa REC.

“The commission will be represented by a team headed by a Senior Advocate before the High Court here in Yola tomorrow. And we would be waiting to hear the outcome or the decision the court will take tomorrow,” Gaidam added.

But on Thursday, during the sitting at a state High Court in Yola, Adamawa State capital, the judge, Waziri Abdulaziz adjourned the case to Tuesday, March 26, thereby extending the stopping order.

The judge hinged the reason on the need to study the documents submitted by the counsel to the various parties.

The lead counsel to INEC, Tanimu Inuwa (SAN) told the court that the MRDD has no locus standi to approach the court because it has not fulfilled all the electoral process, stating that the party did not legally nominate the governorship candidate. He said that INEC published the names of a 29 candidates since January 30, without that of MRDD.

The INEC counsel, however, prayed the court to discharge the injunction on grounds that it has no jurisdiction to entertain the case.

Inuwa cited section 25 subsection 1 of the Constitution, saying that “INEC being a federal organ, challenging its decision should be through a federal high court, not a state high court.”

He added that the issues being canvassed before the court touched on the conduct of elections and that section 285 subsection 2 of the Constitution places conduct of an election in the purview of election tribunals.

However, the MRDD counsel, Yemi Pitan, maintained that the court has jurisdiction on the issue. The counsel also prayed to the court to dismiss the defendant’s bid of stepping aside the order stopping the supplementary election.

The Judge, subsequently, adjourned the matter to Tuesday for the hearing.

The Adamawa state supplementary election was to be held in 29 Wards and 44 Polling Units spread across 14 local governments in the state.