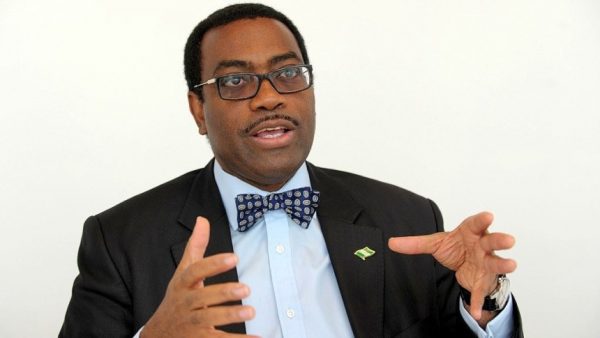 PRESIDENT of the African Development Bank (AFDB) Akinwunmi Adesina has maintained his innocence with regards to the various allegations against him.

In a statement personally signed by Adesina, he expressed confidence in the integrity of the bank, its governance systems as well as its rules and procedure.

Recall that Adesina was recently accused by a group of anonymous whistleblowers of handing contracts to acquaintances and appointing relatives to strategic positions at the bank.

The AFDB president said every allegation was to impugn his honour and integrity as well as the reputation of the bank.

Adesina added that he is confident and draws inspiration from Nelson Mandela and Kofi Annan whose “lives have shown that through pain we grow”.

He expressed confidence that fair, transparent and just process that respects the rules and governance system of the bank and the rule of law would prove that he has not violated the code of ethics of the bank.

Adesina said he would continue to work with the shareholders of the bank to ensure that AFDB maintains its hard-earned reputation.

“Our credible well functioning institutional and governance system is reinforced as we collectively press on to fulfil the mission of our founding fathers to accelerate and transform Africa’s development.”