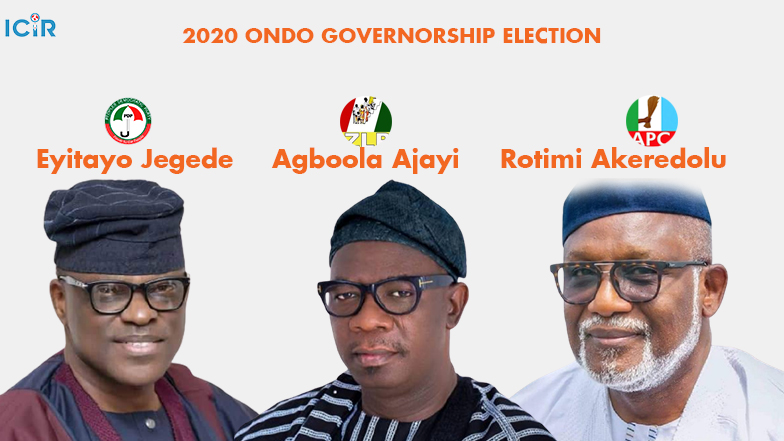 THE three major contenders in the Ondo State 2020 gubernatorial election have  won their respective polling units.

The Ondo State governor and the governorship candidate of the All Progressives Congress (APC), Rotimi Akeredolu, won the election held in his unit.

Meanwhile, the Ondo State Deputy Governor and the governorship candidate of Zenith Labour Party, Agboola Ajayi, has won his polling unit in Kiribo in the Ese Odo Local Government Area.

According to the result announced by INEC, Agboola won the Apoi Ward II, Unit 004, Idumado Quarters, Kiribo with 395 votes.

Similarly, the governorship candidate of the Peoples Democratic Party (PDP) Eyitayo Jegede, has won the election at his polling unit.

He polled 375 votes to beat the APC candidate, Rotimi Akeredolu, who polled 103 votes.

The ZLP candidate, Agboola Ajayi, scored 11 votes at the unit.