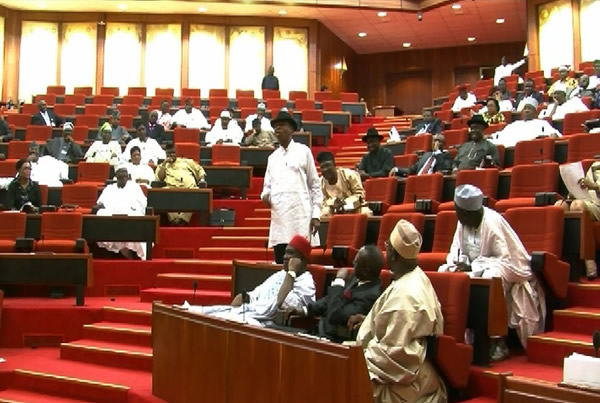 As the drama of cross carpeting continues in the National Assembly,  the All Peoples Congress, APC, has alleged that the ruling Peoples Democratic Party, PDP, is using public funds to entice members who had defected to the opposition.

The accusation is coming on the heels of the defection of five members of the House of Representatives from the APC to the PDP this week.

In a statement issued on Tuesday by its interim national publicity secretary, Lai Mohammed, the APC said the action of the PDP shows desperation, but added that there was no cause for alarm, as “no amount of inducements will stop the change that is in the horizon, because the long-suffering people of Nigeria are ready and eager to vote out the PDP next year.”

It said the price tag for the federal legislators from Rivers State is even higher as they would get $5 million (N821 million) each if they pitched their tents with the PDP.

The party noted that the five House of Representatives members who defected to the PDP on Tuesday were neither forced to decamp to the APC in the first instance nor given any incentive beyond the rare opportunity offered them to be a part of the looming change when they defected to the APC.

“Things are bound to get worse in the days ahead because the desperate PDP will, more and more, use public funds to try to change the course of history. We therefore urge Nigerians to remain resolute in the face of what will be a wave of inducements never before seen in these climes, because there is no going back on the plan to vote out the PDP next year and save Nigeria from a rapacious and inept leadership,” the APC said.