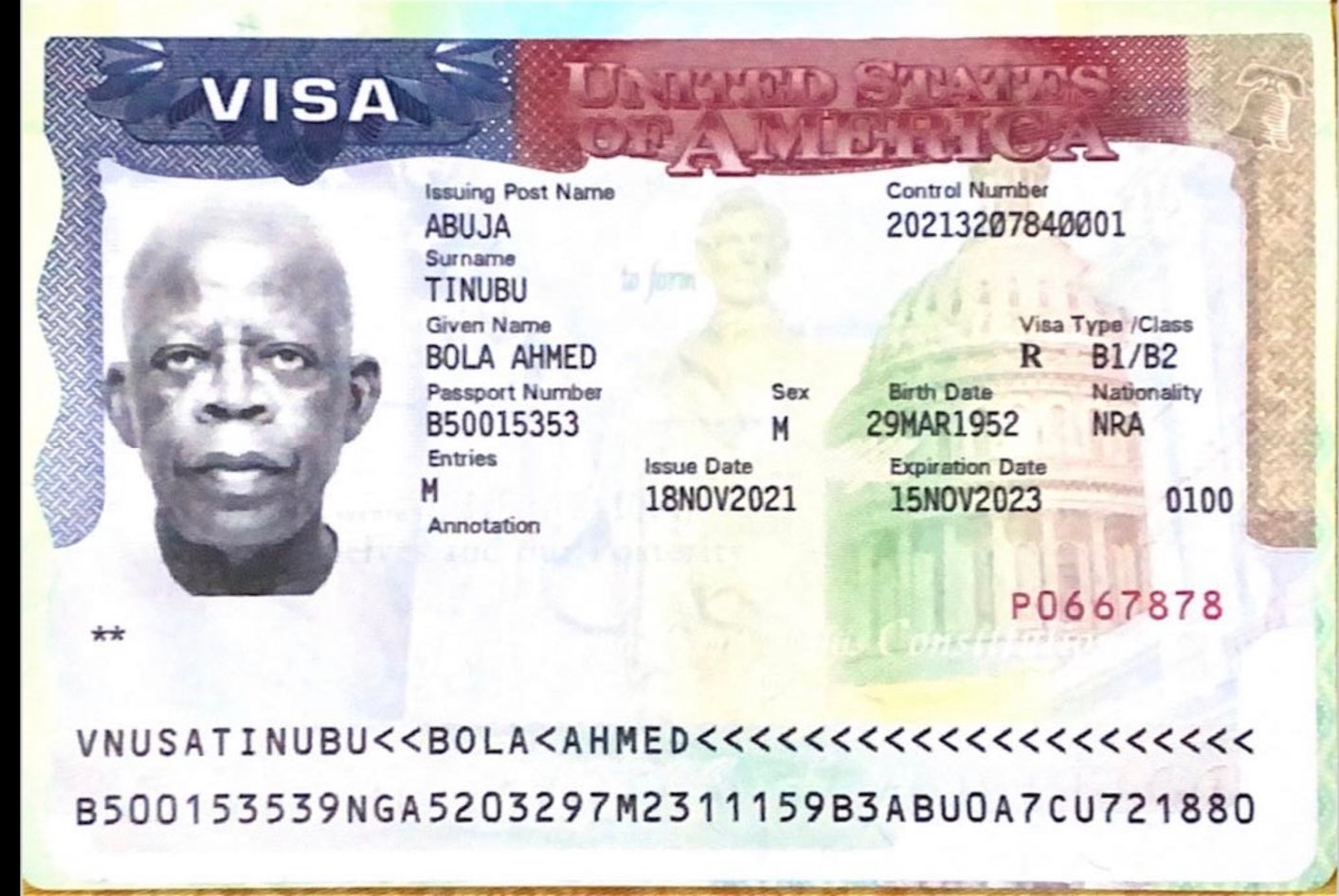 THE All Progressives Congress (APC) has shared the visa of its presidential candidate, Bola Tinubu, to debunk reports that he couldn’t make the scheduled United States (US) trip due to entry denial.

The development is coming after the ruling party’s Presidential Campaign Council (PCC) dismissed a viral picture of Tinubu in the US with President Joe Biden.

They claimed it was an attempt by the opposition to discredit Tinubu through misinformation.

Reacting to the entry denial reports, the spokesperson for the APC PCC, Festus Keyamo, released a photo of Tinubu’s US visa to further prove Tinubu’s scheduled trip.

Keyamo tweeted, “For mischief-makers who peddle unfounded rumours about Bola Tinubu being denied a visa to the US, you leave us with no option but to show you his current visa (that has always been renewed since time immemorial).

“This is for the misguided ones who believe these rumours.”

Tinubu is however set to speak at Chatham House in London with a host of foreign investors and economic experts.

He is expected to give the breakdown of his plans for Nigeria.