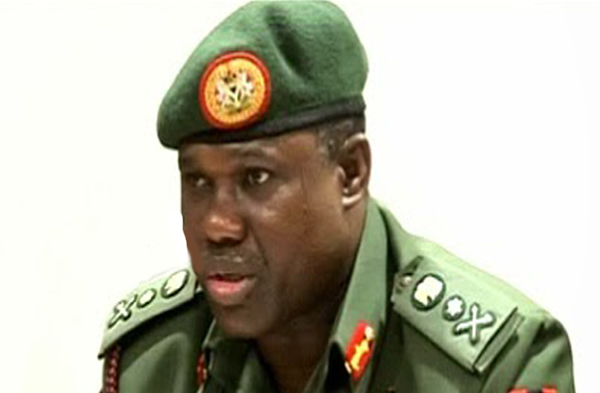 The Nigerian Army has arrested two civilians who specialised in impersonating army generals to dupe innocent people and governmental agencies in the country. Parading the suspects identified as Aliyu Haussaini Bre and Ibrahim Mohammed at the Headquarters of the 3 Division, Nigerian Army, Maxwell Khobe cantonment, in Plateau State, the Division’s  Public Relations Officer, Texas Chukwu, and the Commander, Provost Group, Colonel  Colonel Arnold Okoro, said they were arrested on September 17, following a tip off in Bauchi State. According to Chukwu, Bre, a 46 years old Fulani from Adamawa State, and Mohammed, a Kanuri by tribe, posed officers of the rank of Brigadier-General, and a search conducted at The home of the former in Kaduna led to the recovery of Nigerian Army uniforms of various ranks as well as a 406 saloon car. He said that the suspects confessed that their reason for impersonating military officers was to give them easy access to the corridors of power and help them secure contracts.

The Commander, Provost Group of 3 Division, Arnold Okoro, a Colonel, who corroborated Chukwu’s account, warned the general public to be vigilant, adding that the suspects would be handed over to the police for prosecution.
ArmyArrestgeneralPlateausoldiers

2 Soldiers Die In Gunfight With Sea Robbers In Rivers State

Jire Dole: Agony of Borno women struggling to get justice…

Falana to sue DSS for contempt over Sowore’s continued…