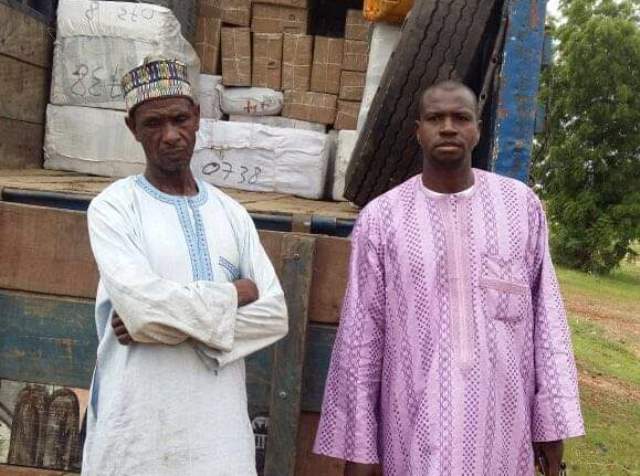 A truck believed to be carrying fuel supply to a Boko Haram around Damboa was intercepted by the Nigerian Army on Tuesday.

Army spokesperson, Sani Usman, in a statement said a truck carrying 25 jerry cans of premium motor spirit and other goods cleverly hidden was intercepted around 8:00am at a checkpoint on the outskirts of the state capital Maiduguri by troops from the army’s Quick Response Force, QRF, of 251 Battalion, 7 Division.

“The driver of the vehicle, Muhammadu Adamu, claimed ignorance of the contents of the vehicle and called the owner of the goods, Tijjani Gambo, to explain. He too denied supplying terrorists fuel and other items, rather he claimed to be a mere trader that supplies goods to customers in Damboa based on demand.

“However, preliminary investigation revealed that he has been sending PMS and other goods through the same route at regular intervals without an identifiable corresponding recipient in Damboa as alleged,” the army said, adding that it is working with the theory that the suspects were being used to deliver much needed supplies to the insurgents in Sambisa forest.

“This is more so that there is a ban on the purchase and transportation of petrol in containers such as that within the theatre.

“Both suspects and the exhibits have been handed over to Joint Interrogation Centre for further investigations,” it concluded.