Asaba massacre: A note of warning 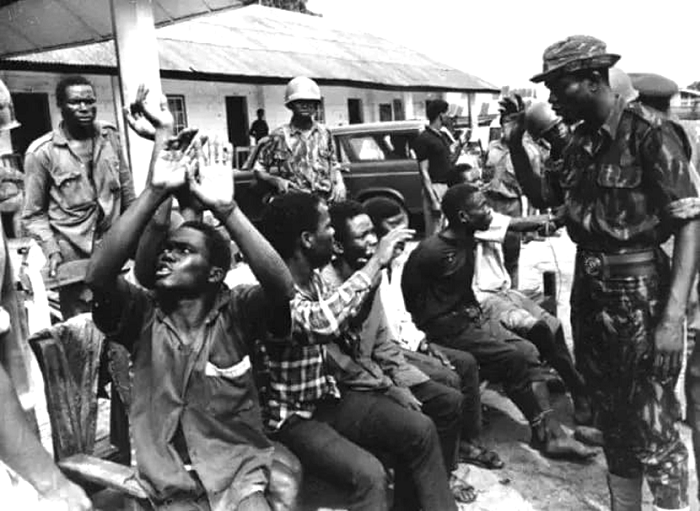 2023: Why Youth should participate in elections & governance

THERE is an Igbo saying about when you wake up is your morning. It simply means that it is never too late to start. This is, in my view, a good thing as it engenders an attitude that does not allow people to give up on their dreams regardless of age. However, sometimes when someone wakes up late, the reasons may be more cynical.

I want to begin this by telling a short story.

The town of Evwreni is located 150km away from the capital of Delta State, and unlike Asaba which is consistently derided as a non-Delta town (the people of Asaba are of the Igbo ethnic group), there is no doubt that Evwreni is an oil-producing Niger Delta town. In August 1999 the Evwreni Youths Association wrote a letter to the Shell Petroleum Development Company giving them an ultimatum to build a hospital, community centre, a borehole for the town, and tar the two roads in town – the Warri-Patani Road, and Palace Road. At the time, there were two major landmarks in Evwerni, the Girls Model Secondary School, which sat along the Warri-Patani Road, and the Ovie’s Palace, which was on Palace Road. In addition to these four demands, the EYA asked that Shell build a fence around the Ovie’s Palace, and install a telephone line for him. The Ovie at the time was Ovie Owin Kumani.

In response, Shell offered to pay homage and royalties to the Ovie in cash, and also offered some jobs and scholarships to the EYA. This last bit of information was kept from the majority of EYA members.

Eventually, the EYA found out and went on what was initially a peaceful protest to the Ovie’s Palace. Unfortunately, armed palace guards, paid for by the Delta State government, shot at the protesters and killed one of them. Nine others were alleged to have sustained bullet wounds.

Following this incident, Evwreni elders called for the dethronement of Ovie Kumani, and eventually the situation boiled over on 20 January 2000 when the youths stormed the palace and murdered Kumani, and another elder, Chief James Fashe. This story illustrates the danger of monetary compensation in the system such as we have in Nigeria where systems of accountability are weak, and where because of a culture of impunity, the incentive to just take cash and make for the hills is strong.

A few days ago, I read an article about the Asaba Development Union, which claimed to be speaking for the people of Asaba with respect to engagement with the government of Nigeria. The group is demanding an apology and compensation. This on the 52nd anniversary of the 7 October 1967 massacre in which at least 800 men and boys from Asaba were killed by the Nigerian Army on suspicion of being sympathetic to the secessionist cause during the Biafran War.

The reason this deserves some commentary is that two years ago during the organisation of the half-century of the event, various groups of Asaba indigenes were approached for their cooperation and contribution to the event, and they showed a distinct disinterest in the matter. In fact, it was during the six-week period of organisation before the event that I became involved and realised that there was no single group that had the capacity to organise a befitting remembrance.

But the show had to go on, and the Asaba Advisory Council set up a task force that ensured that the event went on despite the indifference of many Asaba groups, opposition from governmental figures, financial challenges and the time frame required to organise a successful event. At this point, I will go on the record to say that were it not for the extraordinary support shown by Prof Wole Soyinka, Bishop Matthew Kukah of the Sokoto Catholic Diocese, and Archbishop Emmanuel Chukwuma of the Enugu Anglican Diocese, the event may not have even gone ahead. So great was the opposition, and so real were the threats.

At the event itself all the speakers, including Soyinka, Kukah, the Governor of Delta State, Ifeanyi Okowa, and Alban Ofili-Okonkwo, were very clear that given the time that has passed, and the fact that the families of the victims of that brutal event half a century ago have for the most part done quite well, that monetary compensation was not among the lists of requests by the people of Asaba. What we want is simply an acknowledgment that the town was decimated in 1967 just because of their Igbo ethnicity and despite the “one Nigeria” stance of the indigenes at the time, and an apology for that action. The official communique after the event made it clear that if there is to be any talk of compensation, then it should be in form of a world-class maternity hospital to be located in Asaba and open to all Nigerians.

After the event, the committee met with the traditional rulership of Asaba and a foundation was incorporated to pursue these objectives. The Asagba of Asaba, by royal decree, said that the Foundation is the officially empowered body to have discussions regarding government interactions over the massacre.

The objective of this piece is to sound an alarm because this being Nigeria, this is a movie script we have seen before, and sadly the writers only ever seem to change the dates, locations, and names of the actors, but never the script itself.

As a victim of that sad event, because I lost my maternal grandfather and many uncles, I think the stance of the task force that organised the half-century event is the best one. You do not throw money at a thing like this. It will only lead to a fight. Rather, build the hospital that they asked for.

Cheta Nwanze is  a public commentator, he could be reached at cg.nwanze@gmail.com