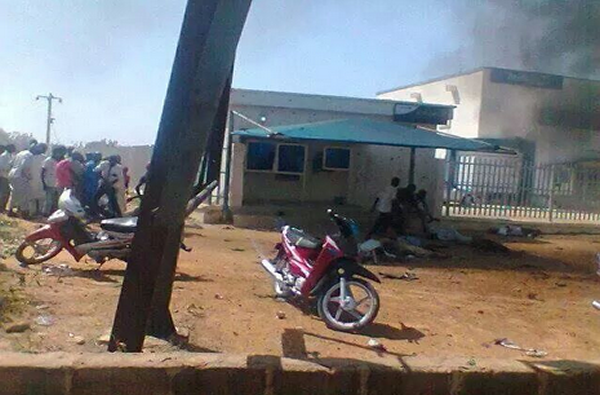 Thirteen people have been confirmed dead in Friday’s twin explosions at a branch of the First Bank in Azare town, Bauchi State, the police has confirmed.

In a statement by the police public relations officer, Emmanuel Ojukwu, at least 10 other people are reported to have suffered various degrees of injuries from the bomb explosions.

The bomb blast occurred at the Automated Teller Machine, ATM, of the bank and appeared to target customers, mostly civil servants, who were queuing to make withdrawals at around 9.00 a.m.

Ojukwu, a commissioner of police, also said detectives have begun investigation into the incident and that five suspects have already been arrested.

The identities of the suspects were, however, not disclosed.

The bomb blast in Azare came on the same day the sect entered Hong local government area in Adamawa State and overran Gashala Village, killing four people in the process.