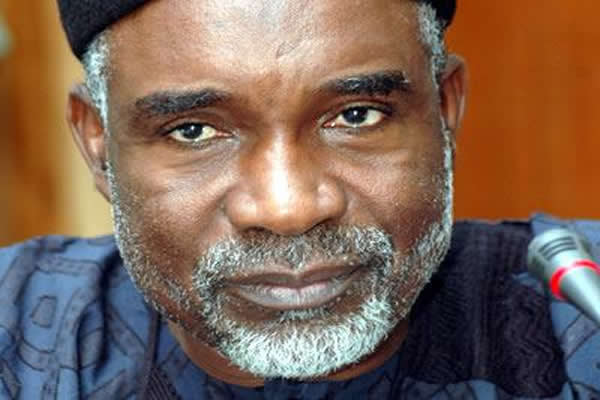 The governor of Adamawa State, Murtala Nyako, said Sunday that Nigerians should hold the President Goodluck Jonathan administration responsible for all the security challenges in the country including insurgency, oil theft, kidnapping for ransom and armed robbery.

Governor Nyako’s statement came in sharp response to President Jonathan’s remarks on Saturday at a rally held at the Abubakar Tafawa Balewa Stadium in Bauchi by the north-east zone of the Peoples Democratic Party, PDP, to bring together members of the party and create the enabling environment for healing after the party had experienced a fratricidal crisis.

The President had blamed the security situation in the country’s North-east on the opposition governors in the region whom he said have failed to deliver good governance to the people by depriving them of education and social services.

“The current security challenges are the handiwork of governors in the opposition parties who have not performed. Governors that have not performed created the situation for insurrection, and, instead of facing them, they are talking of bad leadership. The states of Borno and Yobe have not done anything in terms of providing social services to the people… This insurgency is madness and is caused by those who have nothing to offer the people. It is the handiwork of miscreants who recruit illiterates into insurgency,” Jonathan said.

Slamming back at the President, Nyako, through his director of press and public affairs, Ahmad Sajoh, said that “if there is any proof of bad governance, it will be located in the way and manner the President executes his priorities and the kind of statements he and his spokespersons make.”

The governor who was apparently pained by the words of the President, said that state chief executives in the region cannot be held responsible for security challenges which they have no control over, but that blames should go to Jonathan who is the Commander-in-Chief with powers over the armed forces, police and other security agencies.

Nyako said that Jonathan has been misled into believing that his administration has achieved much in the north when in actual fact the average citizen thinks worse of his government.

He also challenged the Presidency to institute an independent professional enquiry into the sources of weapons used by the insurgents, insinuating that the financing may be coming indirectly from the federal government through leakages it has failed to block.

The governor said it amounted to pure blackmail for Jonathan to always blame others for arming the insurgents when all the security, intelligence and diplomatic apparatus are in the hands of the President to deploy in fishing out their sponsors, financiers and strategic commanders of the terrorists.

The governor said that no matter what the President says or does, his government has failed Nigerians and has turned out to be a “government of impunity by the incompetent for the advancement of corruption”.

“The signs of incompetence are everywhere,” Nyako stressed.