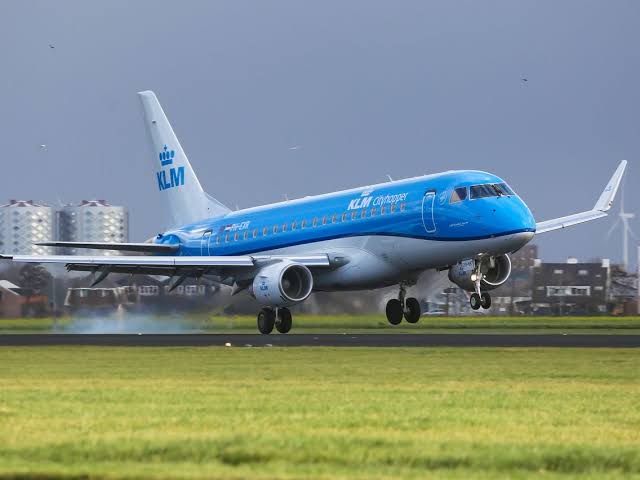 A KLM flight from Nigeria to the Netherlands on Monday, April 19, ended tragically for an unidentified stowaway man whose body was found inside the landing gear compartment of the aircraft.

“We are investigating the discovery of a body in the landing gear of an airplane that arrived from Lagos (Nigeria),” the Royal Military Police tweeted on Tuesday.

Local media reported that the body was discovered by the airport technical staff in the KLM’s plane. The victim is believed to have died from hypothermia caused by low temperatures during the seven hours flight.

Amsterdam’s Schiphol Airport Police and forensic investigators have launched an investigation into the man’s identity and cause of death after he was discovered inside a wheel arch.

In spite of the potential risk associated with stoway travels, some desperate Nigerians seeking asylum or in search of better economic opportunities have found this means of traveling worth their adventures.

Last October, a ship from Lagos heading for England was illegally boarded by seven people believed to be Nigerians who were later detained on suspicion of seeking asylum in the UK.

Lekki Shooting: How protester lost his leg to soldier’s…

Nigeria’s capital importation drops by 74 percent within one…