Dispatches From North East
By Editorial On Apr 19, 2016 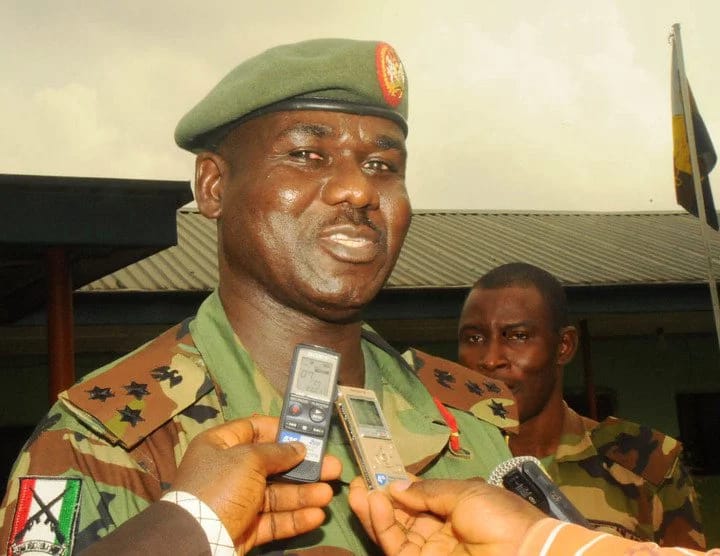 The convoy of Acting General Officer Commanding, GOC, 7 Division Nigerian Army, Victor Ezugwu, a Brigadier General, was on Tuesday morning attacked as he embarked on an operational visit to troops stationed at Bama in Borno State, the army has confirmed.

One soldier was killed and two others injured in the attack and have been evacuated to Maiduguri.

According to a statement issued by army spokesperson, Sani Usman, the attack happened around 8:30am but the soldiers escorting the commander were able to repel the attack and clear the way.

“The Acting GOC has continued his operational visit to Bama,” the army said, adding that the Chief of Army Staff, Yusuf Buratai, a Lieutenant General, spoke with Ezugwu after the attack.

The army said in addition to some of the attackers killed by troops, weapons and equipment including a Toyota Hilux vehicle, 2 AK-47 rifles and several ammunition were recovered.

It also reiterated its resolve to clear the remaining Boko Haram members from the northeast.