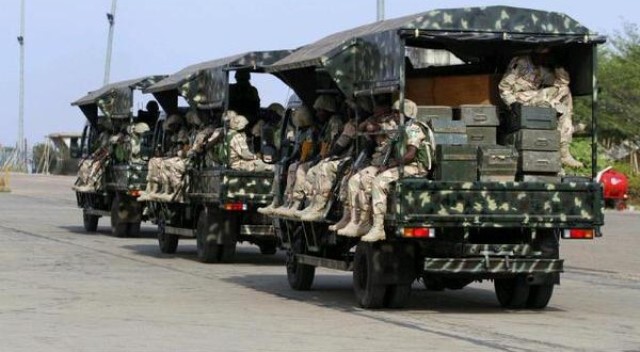 Three members of the United Nations and other international humanitarian organisations were among five persons wounded when Boko Haram ambushed a team of nongovernmental organisations escorted by soldiers from Bama on Thursday attacked.

The other two are soldiers, a statement by the army said, adding that the wounded have been evacuated to the University of Maiduguri Teaching Hospital and are in stable conditions.

According to army spokesperson, Sani Usman, a Colonel, the attack happened in Meleri village near Kawuri.

Usman said the troops, however, successfully cleared the ambush.

The Maiduguri-Bama road is still one of the roads considered unsafe, despite troops sacking the insurgents from Bama.

In April, the General Officer Commanding 7 Division of the army in Maiduguri, Victor Ezugwu, a Brigadier General, was attacked as he went on an operational tour. One of his security details was killed while two others were injured.

While commiserating with the wounded soldiers, UN and other affected NGOs, the army said it is determined to ensure safety of lives and property, as it strives to being the insurgency to an end.