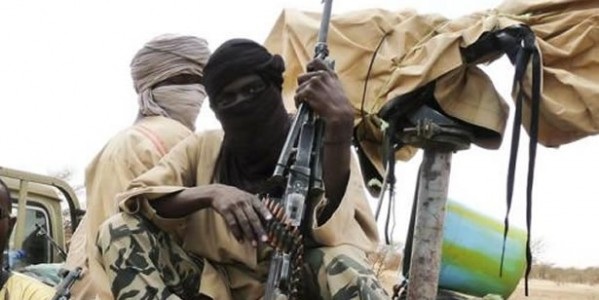 Repression and resistance: how a new generation challenges African autocrats and their international allies

Contrary to claims by the government and military authorities that no Nigerian territory is in the hands of Boko Haram insurgents, the icirnigeria.org reports that Damasak, the capital of Mobbar Local Government area in Borno State has been in the hands of the terrorist group since around November 2015.

This is even as the military is finding it difficult to deploy soldiers to recapture the town, following the heavy loss it suffered in November when many soldiers sent there were reportedly killed.

It was gathered that soldiers were sent to Damasak in early November following reports of Boko Haram activities in the area but it is said that they were routed by the insurgents who have since then rallied forces and completely taken over the town, which is about 180 kilometres from Maiduguri.

Military sources said an unspecified number of soldiers were killed in the incident and that they have been buried at the military cemetery at the 7 Division in Maiduguri.

Investigations by this website indicate that the army special force, AHQ Strike Group, made up of about 330 marksmen, is being readied for deployment but the soldiers are not willing to go because they claim the army authorities have deliberately refused to pay them their operations allowance for the past three months.

“They have not officially informed us that we are going but the rumour is rife,” a member of the squad who does not want to be named told our reporter, adding that troops may protest if they are asked to deploy without the payment of their three months operations allowance.

This website exclusively reported in early January that members of the squad had not been paid their allowance since November 2015.

Following the report, the head of the counter-insurgency campaign, Operation Lafiya Dole, Hassan Umaru, a Major General, in a press statement, said the problem was caused by the presidential directive on bank verification and other problems but assured that it would soon be solved.

“A number of troops have not accessed their salaries and allowances due to the new policy on monthly posting to individual accounts, BVN and differences in names of accounts. It is an issue that is being addressed,” he explained.

It was gathered that while also addressing the troops, the newly appointed General Officer Commanding, GOC, 7 Division, Victor Ezugwu, a Brigadier General, promised that they would be paid within a week.

“It is more than three weeks now since he made the promise but we have not seen or heard anything. They are even acting as if they do not owe us,” the soldier said.

The special strike squad is not the only one that is dodgy about going to Damasak as our investigations show that the army had wanted to deploy the soldiers who were dismissed in the course of the war but were recalled last August following a review of their case, but they openly protested when they heard they were to be taken to Damasak.

One of the soldiers, who have since been posted to different barracks in the South-western part of Nigeria, confirmed that they protested and pelted the Commanding Officer with sachet water after he announced they would be taken to Damasak.

“Immediately the General mentioned that we were going to Damasak, our guys began shouting that they were not going and before you knew it, pure water (sachet water) was flying in his direction,” the soldier disclosed.

Another soldier who hails from the town said he relocated his parents to Maiudguri last year and that they will only go back when they are absolutely sure that the insurgents have been driven out.

Damasak, about 180 kilometers North west of Maiduguri, shares a border with Niger Republic.

In March last year when troops from Niger and Chad recaptured the town, hundreds of bodies believed to be civilians killed by the insurgents were found littering the town.

In July, the coalition forces threatened to pull out because Nigerian troops had failed to take over the town, forcing residents to flee.

A message sent to army spokesperson, Sani Usman, a Colonel, requesting his reaction to our findings was not replied.

Spokesperson for Operation Lafiya Dole, Mustapha Anka, a Colonel, dodged the questions put to him on the situation in Damasak and the refusal of soldiers to go there.

He asked the reporter to visit Damasak for confirmation of the situation.

“Are you in Damasak or London?” he asked and when the reporter answered that he was in Abuja, he added, “When you are in Damasak, call me.”