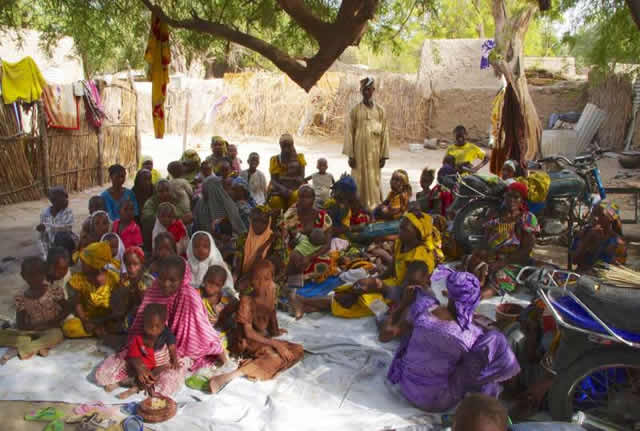 The UN High Commissioner for Refugees, UNHCR, has called for the protection of Nigerians fleeing the North-east region of the country as a result of the violence inflicted by the Boko Haram sect.

Dan McNorton, spokesman for the UNHCR, said the violence in the region is estimated to have displaced about 5,000 people and advised states against forced returns of people to the region.

McNorton said that UNHCR had been “alarmed” by reports of the attempted forced return of 111 people from Cameroon to Nigeria on October 5, during which 15 people were killed and another seven wounded.

He said that the remaining 96 individuals immediately fled back to Cameroon and were detained, but that the UNHCR is working with the government of Cameroon to assess whether there are people in the group in need of international protection.

McNorton said that in light of the security situation in the north-east, people fleeing were likely to meet the criteria for refugee status as outlined in international treaties.

The UNHCR said that some 10,000 Nigerians had crossed into neighbouring Cameroon, 150 to Chad and another 2, 700 had escaped to Niger in recent months.