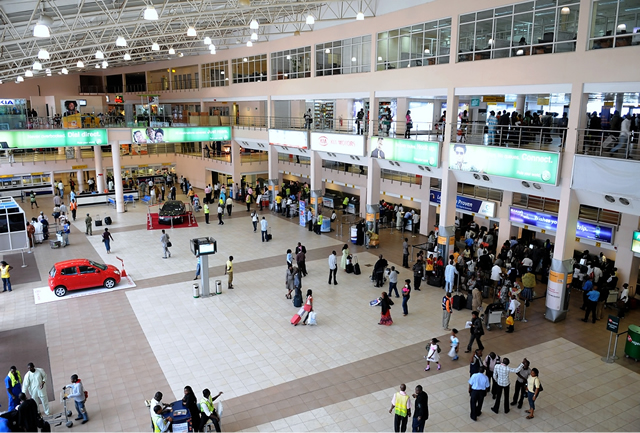 Parker, who flew into the county aboard the United Airlines flight from Houston, Texas, reportedly took ill while on board.

The plane had arrived the country from Atlanta Georgia, around 4:00 p.m., on Tuesday. The medical personnel attached to the terminal tried to revive him without success and when it was confirmed that he had died, an ambulance was ordered to take his corpse to the morgue.

However, a letter written by the Federal Ministry of Health Port Health Services, said that after disembarking at about 4:07pm, Parker was observed to be clutching his chest and asking for help. In the course of examination, he was asked if he was asthmatic, and his response was “maybe”.

“On examination, he was found to be pale, in respiratory distress (gasping for breath), his pulse was rapid and thready. Based on his response to the question if he was asthmatic, a Ventolin inhaler was administered, but was not effective, as the patient was restless and threw off the inhaler to the floor. He was placed on the left lateral position and at the same time, oxygen was called for,” the statement said.

Efforts were made to administer oxygen, while a second doctor was called and suction applied via a suction machine to clear the airway.

According to the ministry, the diplomat subsequently suffered a cardio-pulmonary arrest and efforts to revive him failed.