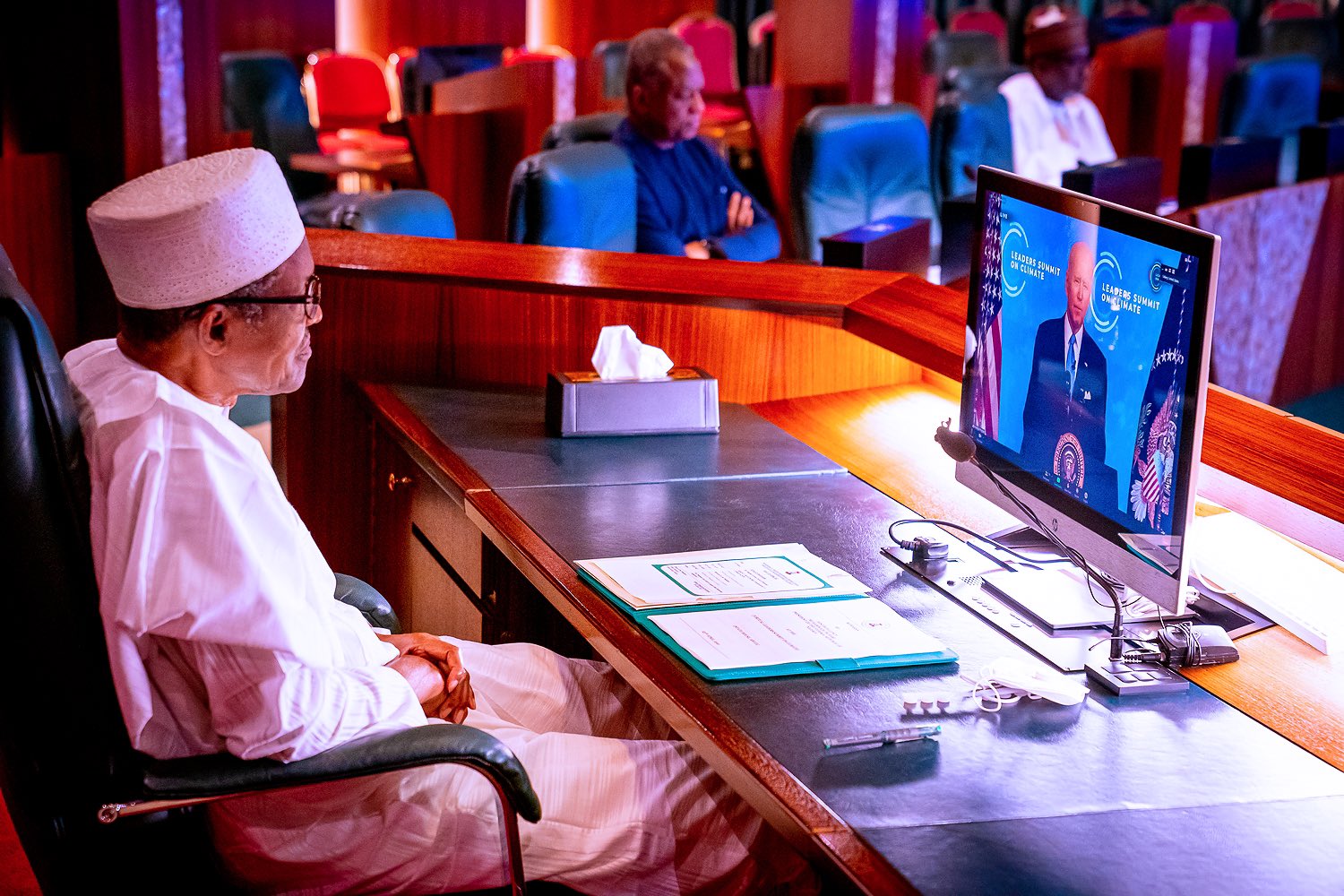 Buhari, while speaking during the World Leaders Summit on Climate on Friday, said even though the country was one of the vulnerable nations, his administration was committed to treading the path of sustainability

The two-day virtual climate summit, which started on Thursday, was organised by U.S President Joe Biden to mobilise world leaders to discuss issues of climate change.

Buhari noted that his administration was rolling out programmes to reduce gas emission and encourage clean energy.

“We are expeditiously implementing programmes that stimulate gradual transition away from use of woods, stoves, kerosene, to liquified natural gas, biogas and electricity,” he said.

The president also said that Nigeria had a target to end gas flaring by 2030, adding that Africa’s most populous nation, since rectifying the Paris agreement in 2016, had rolled out several policy enablers and frameworks to cut emission by 20 per cent unconditionally and 45 percent conditionally, with international support by 2030.

“Beyond ending gas flaring by 2030, the oil and gas sector has undertaken steps for diversification and risk management system, insurance engine, research and development and energy crisis planning.

“I reiterate Nigeria’s commitment to galvanise relevant stakeholders for climate exchange and our readiness to extend support for regional, continental and global multilateral processes for the attainment of lofty objectives of the Paris agreement.”

Buhari, however, commended Biden for bringing world leaders together for the summit, and for returning the US to the Paris Climate Change Agreement.

Recall that US had rejoined the Paris Climate Change Agreement in February 2021, after pulling out during the administration of former President Donald Trump.

Could Africa be the next hub for COVID drug manufacture?