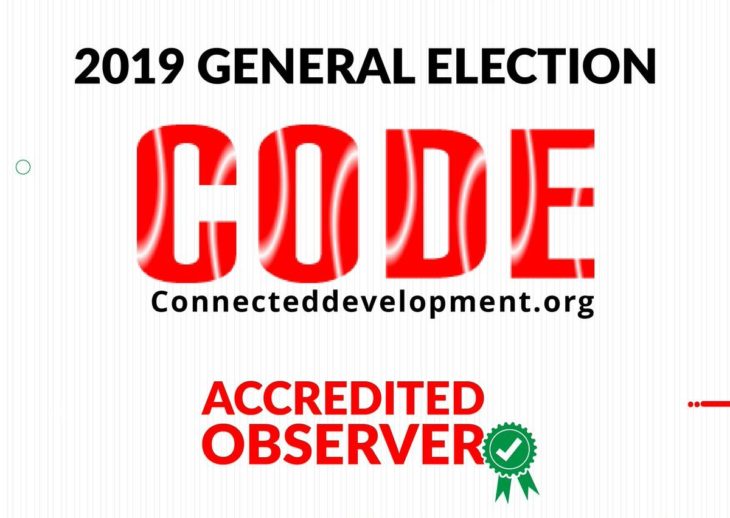 CONNECTED Development (CODE), a civil society organization working to increase transparency in government, has been accredited by the Independent National Electoral Commission (INEC) as one of the independent observer groups in the forthcoming general elections.

Speaking on the development on Tuesday, the Chief Executive of CODE, Hamzat Lawal, who will also serve as the Head of the Observer Mission, pointed out that “the foundation and success of democratic forms of government starts with credible elections guided by the active participation of relevant stakeholders, resulting in the legitimacy of elected governments”.

He said that CODE has regularly deployed resources in observing elections; with experience in Kenya in 2013, Nigeria in 2015, and the United States of America in 2016

Lawal called on all Nigerians to shun acts of electoral malpractices such as selling their votes and engaging in violence during voting. These he said could impede the credibility of the elections.

The INEC National Chairman, Mahmood Yakubu, had explained that having election observers at polling units helps to increase the transparency of the process and provides useful feedback mechanisms for strengthening electoral procedures.

“Election observers do not interfere with the electoral process; they observe, take note and provide reports to improve election processes. They are present to allay fears and doubts of voters who may think their votes will not count due to their preemptive notions of elections in Nigeria,” he stressed.

The ICIR partners with CODE on various projects.