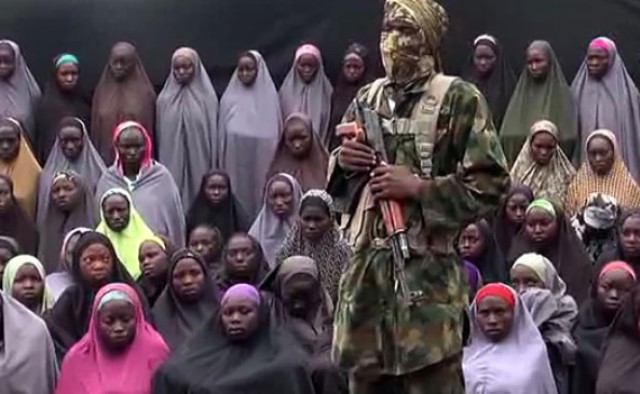 The surprise release of 21 out of the over 200 female students of Government Secondary School, Chibok, Borno State, by the Boko Haram terrorists group, was cheering news for many Nigerians, especially parents of the abducted girls.

But the good news was almost dampened by the confusion over whether the girls were swapped with some members of Boko Haram as the group had demanded in a recent video.

Quoting sources in the military and the presidency, many online papers had reported that the girls were swapped with four Boko Haram terrorists in a deal government said was brokered by international negotiators.

But Garba Shehu, Senior Special Assistant on Media to President Muhammadu Buhari, in a series of tweets confirming the release, was silent on whether there was a swap or not.

He said the release was negotiated by the International Red Cross and the Swiss Government, and urged Nigerians not to be excited  but be “mindful of the fact that more than 30,000 Nigerians had been killed …” by terrorists.

It was difficult to understand why Shehu made reference to the number of Nigerians killed by Boko Haram as he did not elaborate. But it could be a signal that the government may not be totally committed to getting the Chibok girls out of captivity through a swap.

Addressing the press shortly after the statements from the presidency, Minister of Information, Lai Muhammed also said no member of Boko Haram was released in order to get the 21 girls out. He repeated the claim that there was indeed no swap and he portrayed the release of the 21 girls as a victory for government.

There were also unconfirmed reports that sources in the Red Cross debunked government’s “No Swap” claim, saying the girls were swapped with some Boko Haram members in detention.

President Buhari had promised to do all it takes to get the Chibok girl out of captivity, including swapping them with members of Boko Haram. But he said government was being careful to negotiate with the right group.