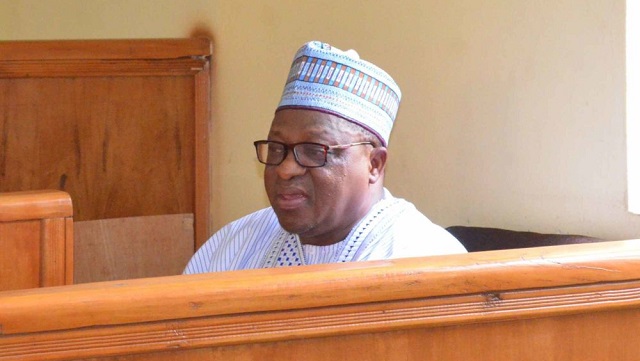 Banjoko sentenced Dariye to two years in prison for criminal breach of trust and 14 years for criminal misappropriation of funds.

The jail sentences are to run concurrently and the Justice Banjoko gave no option of fine.

According to the suit which was brought against Dariye by the Economic and Financial Crimes Commission (EFCC) in July 2013, the money was drawn from the ecological funds provided by the federal government to tackle environmental challenges in Plateau State.

Dariye was Plateau State Governor between 1999 and 2007 and is currently the senator representing Plateau West Senatorial District at the National Assembly.

The ICIR had done a detailed investigation on how Dariye’s administration squandered billions of ecological funds that was intended to tackle flooding, erosion and other environment-related challenges in Plateau State.

According to a statement obtained by EFCC in 2007, Dariye acknowledged approving the disbursement of ₦1.2 billion ecological fund by the now defunct All States Trust Bank.

The money was diverted to sponsor the 2003 Presidential election of the Peoples Democratic Party (PDP) and also paid to companies many of which were owned by Dariye.

A document confirming the disbursement of the cash had been presented in court as exhibit by the prosecution witness.

The document showed that Dariye ordered ₦80 million to be paid to Union Savings and Loans; ₦250 million was given to Pinnacle Communications Limited; ₦550 million to the Plateau state government; ₦100 million to the People’s Democratic Party (PDP), South-west, and ₦176, 862, 900 was paid to Ebenezer Retnan Ventures ERV, a company said to be owned by him.