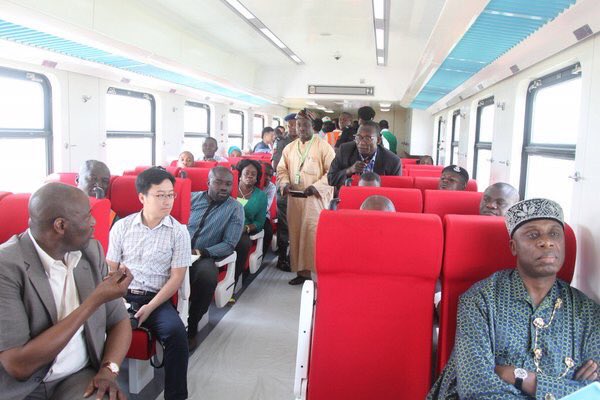 Rotimi Amaechi, Minister of Transportation, says the federal government approved the new rail line to Daura to enable its landlocked neighbours, like Niger, import goods from Nigerian ports instead of going to Togo and Ghana.

The new rail line plan generated misgivings among Nigerians, who believe that President Muhammadu Buhari was favouring his hometown Daura in Katsina State, when other major Nigerian cities, especially in the south-east, are not considered in the rail line plan.

However, Amaechi said government realised that the Daura rail line would stop the country’s landlocked neighbours like Niger from importing through Ghana, Togo and even Benin Republic because of absence of rail line connecting their areas with Nigeria.

Amaechi stated this while speaking with journalists after the monthly project steering committee meeting on the $1.5bn Lagos-Ibadan rail project.

“We realised that we had competitors from our land-locked neighbours, competitors like Ghana, Togo and even Benin Republic. These landlocked neighbours are importing through these countries because we don’t have rail lines that go to them,” Daily Trust quoted him as saying.

“So, to address this situation, Mr President approved a rail line that will go to Maragi in Niger. But that rail line, which will come from Kano to Maragi in Niger, must pass through some cities. So the rail line passes through Kazuare and then Daura before proceeding to Jibya and then Maragi. Is it that when the rail line gets to Kazuare, it jumps into the air over Daura? No, it has to pass through Daura to get to Jibiya and Maragi. It’s quite unfortunate that people read meanings to a rail line going to Daura.

“But one thing good for me as a man that has the mandate to connect all state capitals by rail is that, from Daura, we will also link Katsina State, thereby leaving us with just three more state capitals to connect: Zamfara, Sokoto and Kebbi.”

FEC approves $1.9b rail line project from Kano to Niger…