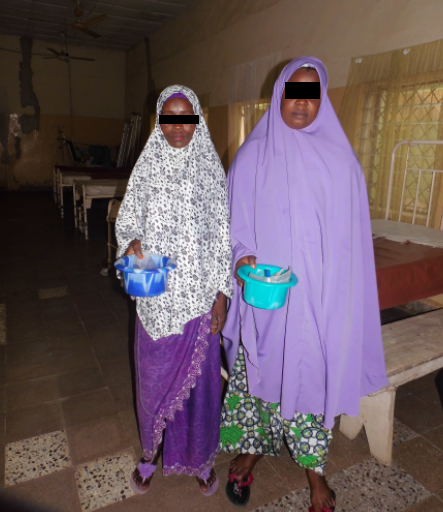 An initiative of the Federal Ministry of Finance, GWIN (Growing Girls and Women in Nigeria) says the government is improving the lives of disadvantaged girls and women in Nigeria particularly victims of Vesico Vagina Fistula (VVF). Damilola Oyedele, however, writes that unless more drastic measures beyond rehabilitation and free repairs are taken, the situation would remain dire with the rising number of fresh cases

The three-minute, 34 seconds video tagged ‘Hope for VVF Victims’, opens with laughter, singing and clapping by some women who supposedly have been successfully cured of Vesico Vagina Fistula (VVF), after surgeries paid for by Growing Girls and Women (GWIN), an initiative of the federal Ministry of Finance.

VVF occurs when the blood supply to the tissues between the vagina and bladder is restricted due to prolonged obstructed labour, leading the tissues to necrotise and then forming holes through which urine passes uncontrollable.

Some patients also develop Recto-Vaginal Fistula (RVF) where the holes form between the tissues of the vagina and the rectum, leading to uncontrollable leaking of faeces.

The women, who were hitherto social outcasts, have now been successfully integrated back into the society and are living regular lives, according to the short documentary.

Shot at the National Obstetric Fistula Centre in Babbar Ruga, Katsina, the video,http://vimeo.com/106778521, (video has since been removed as later confirmed by THISDAY), according to its introduction, shows how the Federal Ministry of Health in Nigeria is “integrating tangible results for women in its annual budget through GWIN to deliver results through collaborative, low cost and high impact approaches”.

It showcases two cured women, who had faced the stigmatisation caused by VVF after prolonged labour, had been divorced by their husbands but have now acquired skills that would economically empower them.

The Medical Director of the National Obstetric Fistula Centre in Babbar Ruga, Katsina, Dr. Aliya Muhammed El-Ladan, in the video, said the centre operates on a minimum of eight VVF patients daily including Saturdays and Sundays. The victims, he said, are then rehabilitated and empowered to start small businesses.

Truth of the Matter

Admittedly the video tells a story, but it does not capture half the reality of the situation of VVF in the country.  Nigeria, with 40 per cent of the global child marriages, accounts for 40 per cent global prevalence rate of Obstetric Fistula, which health experts have linked to child marriage and early child bearing.

Glossing over a serious situation, the video gives the impression that VVF is a problem that can easily be handled.

The video neglects to mention that as a complication from the surgery, some patients have their vaginas blocked, and would therefore never be able to have sexual relations unless they have vagina reconstruction surgery.

Interestingly, this reporter was denied access to the same centre just a few weeks ago on the orders of Dr. El-Ladan, while carrying out an investigation on VVF in Kano and Katsina.

The report was published over a week ago. http://www.thisdaylive.com/articles/growing-child-marriages-in-the-north-diminishing-hope-for-zero-obstetric-fistula/189482/

The video fails to acknowledge that there are thousands of women who are living with what can be termed incurable fistula after several repair attempts have failed to close the fistula and they have continued to leak urine uncontrollably for several years.

THISDAY encountered at least 40 women who are living with fistula after several failed repair attempts and who continue to live with the stigmatisation that accompanies the affliction.

The video is also silent on what exactly is being done to address the primary cause of VVF, which is child marriage and early child bearing. This remains a plague in Northern Nigeria with 76 per cent of adolescent girls in marriages in the North-west, 68 per cent in the North-east, and 35 per cent in the North-central (Source: Demographic and Health Surveys (DHS) 2008).

In South-south Nigeria, the prevalence of child marriage was put at 18 per cent, 17 per cent in the South-west and 10 per cent in South-east Nigeria.

The Minister of Health, Prof. Onyebuchi Chukwu in his foreword to the document ‘National Strategic Framework for the Elimination of Obstetric Fistula in Nigeria: 2011-2015’ said between 400,000- 800,000 women are living with obstetric fistula, with about 20,000 new cases reported annually.

He added that the 12 currently existing surgical repair centres can only handle less than 4,000 cases annually; meaning 16,000 patients may not be able to access treatment annually.

The document further explains that the link between obstetric fistula and child marriage is not early marriage per se, but early childbearing, saying “Adolescent girls are particularly susceptible to obstructed labour, because their pelvises are not fully developed.”

These data underscore the seriousness of VVF. Data obtained by THISDAY from one of the major repair centres, the Laure VVF Centre in Kano, shows that 553 new cases of VVF were recorded in 2013, 26 new RVF cases, while 10 patients had a combination of both. 782 cases at various stages of treatment were followed up.

Out of the above figures, a total of 462 patients were successfully repaired and discharged. By August 2014, 304 fresh cases had already been recorded at the same centre with 32 new RVF cases.

The plague of VVF is one that must be addressed with all the seriousness it deserves. The federal government has to engage all stakeholders; the National Assembly, traditional rulers, community leaders, health workers, women rights groups and others to ensure that child marriage is drastically reduced and eventually eliminated in Nigeria.

Until then, Nigeria would continue to feature prominently on the shameful global indexes of maternal mortality and obstetric fistula, and that would have a direct impact on the country’s development process in general and in particular on the relevant Millennium Development Goals (MDGs), which are indicators of true progress.

This article, first published in Thisday, is a follow up to an earlier investigative report supported by Ford Foundation and the International Centre for Investigative Reporting. It is published with the permission of the newspaper.

Military will resist every form of violence against Nigerian…

Allegations against Igboho were considered spurious by…

Nigeria receives six of 12 Super Tucano aircraft from US

Why I was absent during voting on e-transmission of election…

Why I was absent during voting on e-transmission of election…

Igboho: We’ll call on our God to deal with Buhari –…