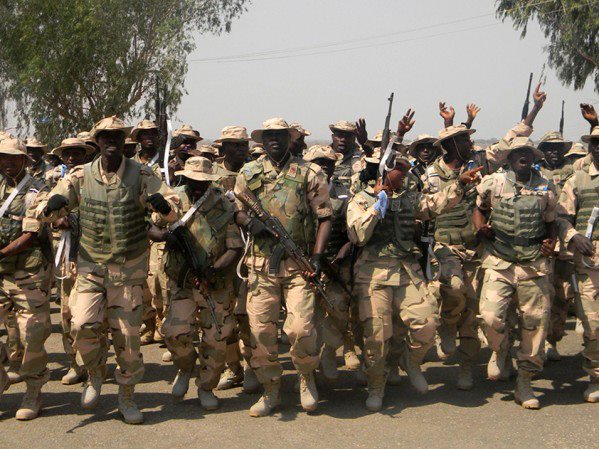 The Defence Headquarters, DHQ, has assured Nigerians not to panic as a result of the announcement of a new Boko Haram leader, adding that it is irrelevant and inconsequential to the Military’s operation In The North East.

Rabe Abubakar, Director of Defence Information, told the News Agency of Nigeria, NAN, that the military remained focused on its operation in the north east adding that the announcement of a new leader for the group was only aimed at seeking attention and relevance.

“As far as we are concerned, what Boko Haram or their cohorts are doing is of no relevance to our operations against them. We are just focused on clearing the remnants of the insurgents that are scattered around.

“What they are doing is to seek relevance and to tell the world that they are still around whereas they have been decimated. Their latest move is the antics of a fading group and I believe that in the shortest time they will be history,” the army spokesman said.

The so-called Islamic State of Iraq and Syria, ISIS, had announced that Abu Musab al-Barnawi is now the new leader of Boko Haram, taking over from Abubakar Shekau.

Nothing was said by the terrorist group regarding the whereabout of Shekau.