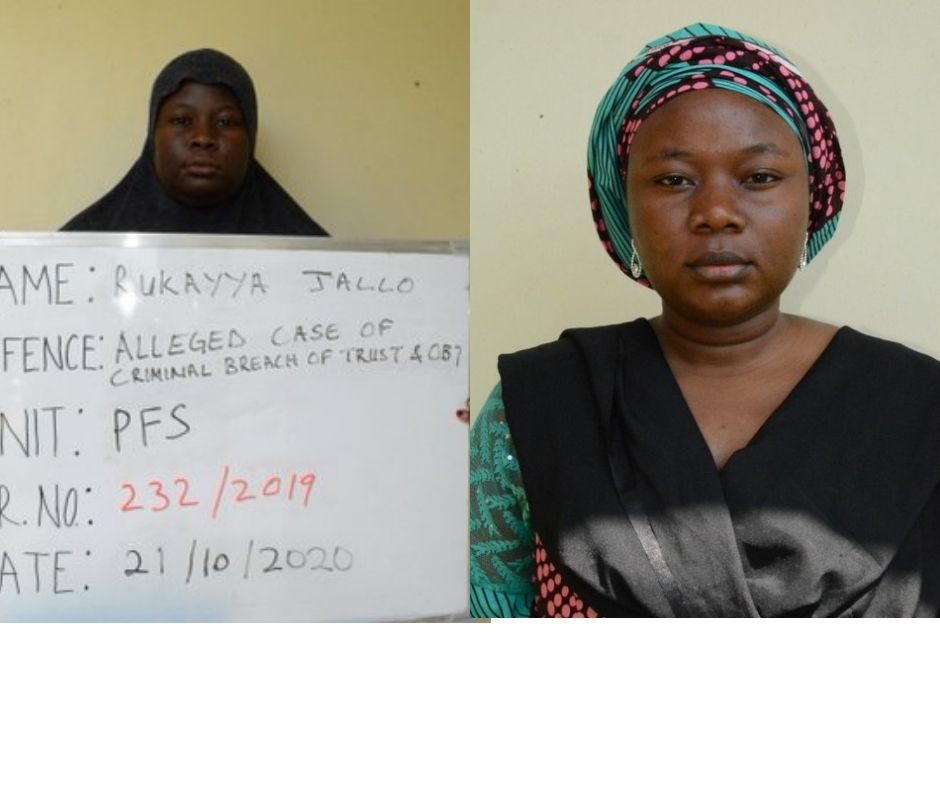 
A STATE High Court sitting in Kaduna has sentenced two sisters to ten years imprisonment for failing to deliver donated fund to a paralysed patient, but gave an option of N100,000 fine.

This was disclosed in a statement signed by the Economic Financial Crimes Commission (EFCC) on Tuesday.

According to EFCC, the sisters, Maryam Jallo and Rukaiya Jallo were arraigned over an amended one-count charge on the 30th day of March 2019.

The commission said one  Badamasi Shanono alleged in a petition that, in 2019, Jamal Health Foundation owned by the convicts used its social media platform to solicit for donations and contributions from donors for the medical expenses of one Usman Umar.

According to the petition, Umar had been bedridden for over two years suffering from partial paralysis

Upon donation by Shanono and one other Adio Bukar Hashia for medical treatment of Umar, the convict ‘dishonestly misappropriated the fund’.

EFCC said the offence is contrary to Section 293 of Kaduna State Penal Code Law, 2017 and punishable under Section 294 of the Same Law.

After their charge was read to them, the defendants pleaded ‘guilty’ to the amended charge preferred against them by the EFCC.

Delivering his judgement, the sitting judge on the case, Muhammad Tukur of the State High Court, Kaduna found the accused guilty of criminal breach of trust.

Justice Tukur convicted and sentenced them to ten years imprisonment with an option of N100, 000 fine.

Reactions as pigeons released by Buhari to mark Armed Forces…

CAN warns group threatening Kukah, says no harm must befall…