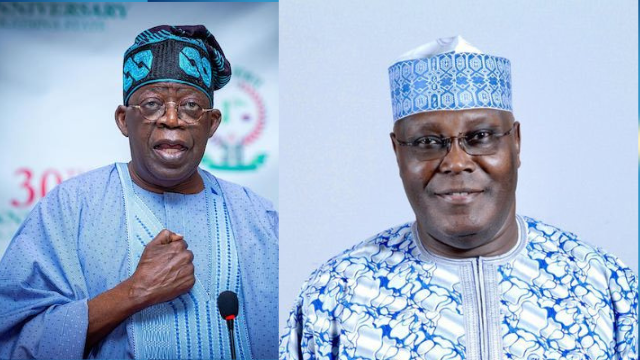 THE issues of weak economy and the insecurity scourge have been mentioned as areas for whoever emerges as the new president in the 2023 election must make his priorities to address immediately he assumes office.

The major political parties had rounded off their conventions and primaries, which produced their candidates for the elections.

The ruling All Progressive Congress (APC), the Peoples Democratic Party (PDP), the Labour Party, and the African Democratic Congress (ADC) are some of the parties that had concluded their party conventions.

The two leading contenders among the presidential candidates, Atiku Abubakar of the PDP and Asiwaju Ahmed Bola Tinubu of the APC, either of whom political analysts are tipping to succeed Muhammadu Buhari as president in 2023, have given an insight into their manifestoes, with the economy and security seemingly the focus of concentration.

Abubakar plans to “reaffirm the criticality of private-sector leadership and greater private sector participation in development, while repositioning the public sector to focus on its core responsibility of facilitation and enabling the appropriate legal and regulatory framework for rapid economic and social development.”

The PDP candidate states he would “break government monopoly in all infrastructural sectors, including the refineries, rail transportation and power transmission, and give private investors a larger role in funding and managing the sectors, thus emulating the benefits accrued in the oil and gas and telecom sectors; and allow the market greater leverage in determining prices.”

He aims at eliminating “the persistent price distortions occasioned by current interventionist exchange rate management policy,” adding that government intervention, “where absolutely necessary, would be done responsibly and judiciously.”

Tinubu, according to a press statement signed by his Director of Media and Communication, Bayo Onanuga, promised that his team would lead Nigeria to “a new era of economic prosperity, peace, security and political stability.”

The APC candidate, who was the Governor of Lagos State from 1999 to 2007, said he would transform Nigeria into “one with a robust economy where prosperity is broadly shared by all, irrespective of class, region, and religion.”

In his ‘My Vision for Nigeria’, Tinubu says he would make Nigeria “a vibrant and thriving democracy and a prosperous nation with a fast growing industrial base, capable of producing the most basic needs of the people and exporting to other countries of the world.

He promised to build an economy that would make the nation’s gross development product grow quicker annually for the next four years, while also providing jobs for millions of youths in the country.

“I will focus on stimulating jobs, which will be my top priority as President. I will get Nigeria to work by launching a major public works programme, a significant and heavy investment in infrastructure, and value-adding manufacturing and agriculture.

“My administration will build an efficient, fast-growing, and well-diversified emerging economy with a real GDP growth averaging 12% annually for the next four years, translating into millions of new jobs during this period,” he said.

He said he would formulate a new National Policy on Agriculture to boost food production, as well as promote the establishment of new commodity exchange boards in order to guarantee minimum pricing for agricultural products like cotton, cocoa, rice, soya beans, corn, palm kernel, and groundnuts.

Tinubu promised to develop a National Infrastructure Plan that would cover strategic roads, bridges, rail, water, power, seaports, and airports spanning the length and breadth of the country.

He further stated that his administration would target an electricity distribution goal of 15,000 megawatts across the country and ensure sustainable power supply.

Tinubu said there would be no need for subsidy because the market would be open and transparent. “Supply will come from local refineries, and the forces of demand and supply will determine the price of petroleum products,” he said.

Beyond these economic concerns that two presidential candidates are promising to address, they have also mentioned the scourge of insecurity as a worry. The problems of Boko Haram, kidnapping and killings across the country are issues political and economic analysts have mentioned as priorities that whoever becomes the next president must focus on.

The insecurity problem has affected agricultural production, with the attendant multiplier effects of spiralling food prices. Compounded by a generally high inflationary trend that currently runs at 16.82 per cent and a lending rate now at 13 per cent, food prices over seven years under the President Muhammadu Buhari administration have risen over 100 per cent.

A huge debt portfolio of over N41.6 trillion and lingering issues in the supply chain of petroleum products are other key problems facing whoever emerges Nigeria’s next leader.

In the light of these concerns, some Nigerians who spoke to The ICIR expressed worry over the daunting challenges that would confront the next President and members of his cabinet.

Analysts are urging the candidates to go beyond rhetorics and practically walk their talk, especially on insecurity and the economy.

“The fact is that we have social and economic issues running side by side. Most of the indicators are heavily affected by insecurity,” said an economist, Professor Ken Ifedi.

Ikedi noted agriculture had become hostage to insecurity, and the major economic agenda of the presidential candidates must look at the people’s basic needs of food, shelter and clothing.

He also stressed the importance of reviving the manufacturing sector for wealth creation.

“The textile industries in Kano and Kaduna are industrial graveyards, and we are too dependent on imports. The housing sector is also not growing at the required pace of our current urban growth at over 4 per cent.

“All these point to the enormous work for whoever takes over the leadership of this country,” he said.

The president, Association of Business Development Service Professionals and national quality expert for the United Nation’s Industrial Development Organisation (UNIDO), Franklin Akinsoloye, said security was a key priority now, adding that the forests had been overtaken by bandits.

“The first thing any wise government will do now is to focus on security in the first one year. After that, we look at food security and gradually begin to strengthen our exports earnings to strengthen the naira. Naira free-fall is not good for our economy,” Akinsoloye said.

An Associate Consultant for the British Department for International Development (DFID), Celestine Okeke, said the candidates must be put on their toes to deliver on security and economy “because Nigerians are tired.”

Okeke said, “The joy of democracy is that people are beginning to build structures for who they believe in, and tasking them to do better. The key issue is that the space is widening and Nigerians are participating more.”

Another issue raised by another analyst, Abayomi Fawehinmi, is devolution of power, which he argued would lessen concentration of power at the centre.

“We have started gradually to decentralise; some semblance of that is happening. What we now have to do is give more powers to the states through the constitution,  and also find a way to curb possible abuse,”  Fahwehimi, a human resource expert, said.