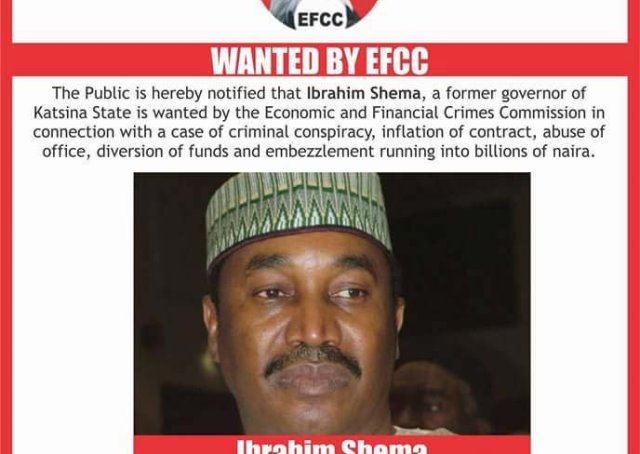 Former Governor of Katsina State, Ibrahim Shema, has been declared wanted by the Economic and Financial Crimes Commission, EFCC.

In a statement on Wednesday, Wilson Uwujaren, spokesman of the anti-graft agency said the former governor was wanted “in connection with a case of criminal conspiracy, inflation of contract, abuse of office, diversion of funds, and embezzlement running into billions of naira.”

The EFCC spokesman stated that Shema had ignored several invitations by the commission since December 1, 2015 when he was first summoned by the agency.

He added that efforts to locate him at his known address in Abuja and Katsina had been futile.

Uwajuren urged anybody who has useful information as to the ex-governor’s whereabouts to “contact the commission or report to the nearest police station.”

He has denied the allegations of corruption levelled against him, saying the whole saga was a witch-hunt by his successor,Aminu Bello Masari.