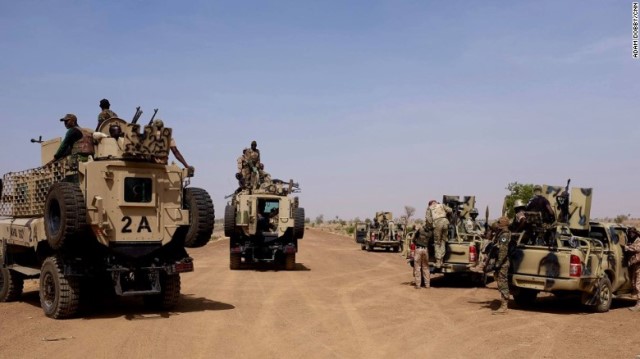 The Nigerian military on Wednesday said it has surrounded the Sambisa Forest, which was hitherto the dreaded stronghold of the Boko Haram terrorist group.

Major General Lucky Irabor, Commander of the counter-insurgency operation in the North-East, codenamed “Operation Lafiya Dole,” made this known during a press conference to highlight the successes of the Nigerian troops against the insurgents in recent weeks.

Irabor said that the Sambisa Forest is completely surrounded by the Nigerian troops and there was no escape for any insurgents still holed inside, adding that it is no longer possible for the insurgents still inside the forest to get any supply.

He said the soldiers were only waiting for the insurgents to surrender, warning that the troops would move further into the forest and level it if they failed to put down their weapons .

Irabor said there was no truth in the story that the insurgents were fleeing from the forest to wreak havoc elsewhere, insisting that the only option for the insurgents is either to fight their way out or surrender.