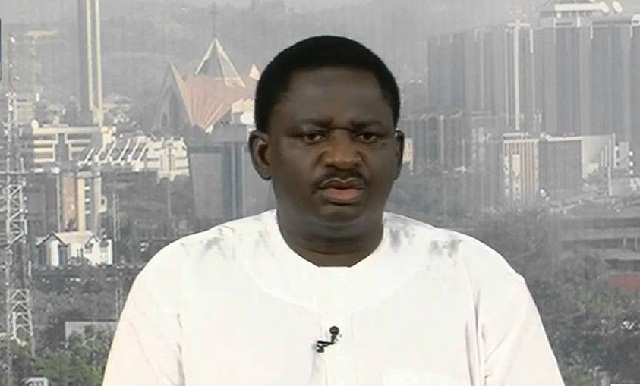 FEMI Adesina, the Special Adviser on Media and Publicity to President Muhammadu Buhari has described RevolutionNow protesters as ‘irritants’, dismissing the protest as a mere ‘child’s play’.

“Well, was it really a protest? By my estimation, it just seemed like a child’s play because protests by their very nature are spontaneous things, mass things,” said Adesina on Thursday while appearing on Channels Television’s Sunrise Daily programme.

The protest which was convened by Omoyele Sowore, Publisher of Sahara Reporters and former presidential candidate held in Abuja, Lagos, Niger, Osun states as well as in London.

” These are just a sprinkle of people trying to be funny. As far as I am concerned, it is nothing to worry about,” he said.

According to Adesina, what played out on Wednesday was a far cry from what could be regarded as a revolution protest, noting that it was only a gathering of a small number of people ‘trying to be funny’.

“A revolution is always a mass thing, not a sprinkle of young boys and girls you saw yesterday in different parts of the country. I think it was just a funny thing to call it a revolution protest,” he said.

“In a country of 200 million people and if you see a sprinkle of people saying they are doing a revolution, it was a child’s play.”

While responding to a question on whether the government’s measure of a successful protests is by size, Adesina argued that size was always vital.

“Well, it will always matter because if you said it was a revolution, revolutions by definition are quite well known.

“Revolution is something that turns the normal order. What happened yesterday, would you call it a revolution? It was just an irritation, just an irritation and some people want to cause irritation in the country and what I will say is when things boil over, they boil over because you continue to heat them,” he said.

Since his appointment as Special Adviser to the president on Media and Publicity, Adesina has built a reputation on condemning critics of the Buhari administration.

Earlier in January, Adesina accused the leadership of Christian Association of Nigeria (CAN) of painting President Buhari as ”anti-Christian” following latter’s call on the president to purge himself of the allegations of nepotism and religious favoritism by reconstituting the leadership of the security forces”.

Insecurity is one of the issues that RevolutionNow protesters want the president to address.

The ICIR reports that the Boko Haram insurgency had claimed more than 37,500 lives since May 2011, displaced an estimated 2.7 million people in the Lake Chad Basin and turned 292,510 Nigerians into refugees in Chad, Cameroon and Niger as of May 31, 2020, according to data obtained from the United Nations High Commissioner for Refugees (UNHCR).

Fraud in MDAs: Tope Fasua calls for scrapping of EFCC, ICPC over failure to eradicate corruption

Amotekun is here to stay, will not be under control of FG – Makinde asserts