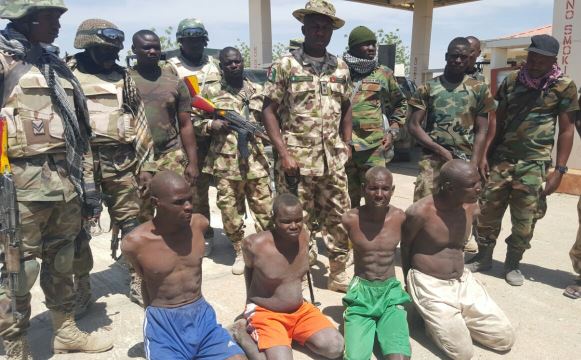 According to a statement issued on Friday by the acting Director, Army Public Relations, Sani Usman, the four Ameers (commanders) were arrested on Friday in Kala Balge Local Government Area of Borno State by troops of the 3 Battalion of 22 Task Force Brigade.

According to Usman, the four terrorist leaders were apprehended following a tip off by members of the public after which a cordon and search operation was conducted in the area, leading to the discovery and arrest of the suspects.

The four arrested men are currently being interrogated at an army base in Maiduguri, according to military sources.