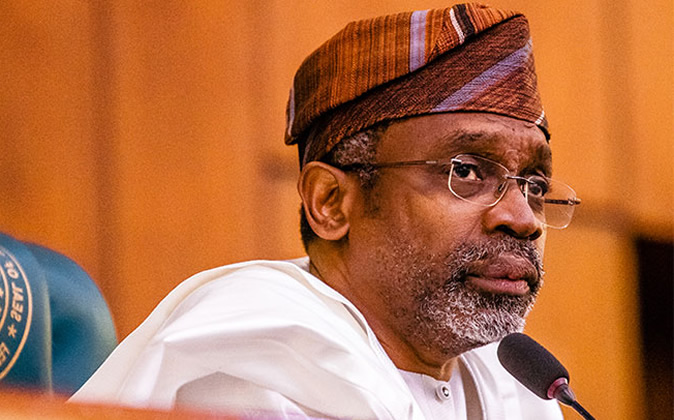 Strike likely if govt fails to meet our demands – ASUU

THE Speaker of the House of Representatives, Femi Gbajabiamila has intervened in the dispute between the Academic Staff Union of Universities (ASUU) and the Federal Government over payment of half salaries.

ASUU National Executive Council (NEC) held a crucial meeting on Monday after reports emerged that the Federal Government paid half salaries to the university lecturers.

There are fears that the lecturers may go back to strike over the development.

Already, members of the union are threatening to shun classes if the Federal Government refuses to pay their full salaries for the months they were on strike.

In a statement issued on Monday, November 7, the Speaker of the House of Representatives Gbajabiamila urged the lecturers to exercise restraint.

He said he was hopeful that President Muhammadu Buhari would take the necessary steps to resolve “all outstanding issues” raised by the university lecturers.

“I urge all parties to be patient and grant each other the presumption of goodwill to the extent necessary to achieve our shared objectives. This is not a time for political brinkmanship.

“There is no more pressing objective than to preclude the possibility of further disruptions to the academic calendar of the universities. We must prevent this possibility by all means, as these disruptions risk the promise and potential of our nation’s youth”, he said.

He commended ASUU for calling off the over eight months strike three weeks ago, noting that since the resumption of academic activities, the Executive and the House of Representatives have worked to address the issues that led to the industrial action.

“We are currently working on the 2023 Appropriations Bill, which includes the sum of N170bn to provide a level of increment in the welfare package of university lecturers.

“The Bill also includes additional N300bn in revitalisation funds to improve the infrastructure and operations of federal universities.

“Furthermore, the House of Representatives has convened the Accountant General of the Federation ASUU and other stakeholders to facilitate the adoption of elements of the University Transparency and Accountability Solution into the Integrated Payroll and Personnel Information System,” he said.

However, Gbajabiamila noted that the half salary payment by the Federal Government was justified by law.

“The Executive position that it is not obligated to pay salaries to lecturers for the time spent on strike is premised on the law and the government’s legitimate interest in preventing moral hazard and discouraging disruptive industrial actions.

“Nonetheless, interventions have been made to explore the possibility of partial payments to the lecturers. We look forward to a favourable consideration by President Buhari, who has manifested his desire to what is prudent and necessary to resolve all outstanding issues,” he stated.

THE absence of the defense counsel has stalled the arraignment of the Kano Central...
Advertisement

Chat us on WhatsApp
Advertisement
Previous article
Anyone supporting Atiku is my enemy, says Ortom
Next article
Finally, US court sentences Hushpuppi