I Am Not Running For Vice President – Deputy Speaker, Ihedioha 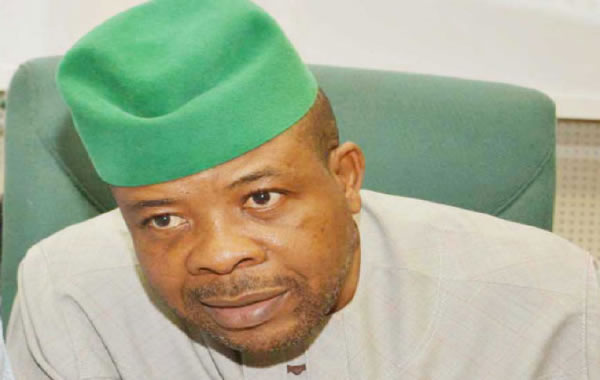 The Deputy Speaker of the House of Representatives, Emeka Ihedioha, has distanced himself from speculations that he would run as vice presidential candidate to Speaker Aminu Tambuwal, under the umbrella of the All Progressive Congress, APC, in the 2015 general elections.

Posters of a Tambuwal/Ihedioha presidential ticket under the APC had surfaced in the Federal Capital Territory, Abuja, in the last few days.

A statement issued by Ihedioha on Sunday and signed by his chief press secretary, Oke Epia, said he saw the speculations “as laughable and completely nonsensical.”

The statement noted that the posters surfaced “at a time Hon. Ihedioha is on party assignment with the President and leader of the party, the national chairman and other top stalwarts of the PDP at Osogbo, Osun State for the grand rally of the party for the August 9th governorship election.”

Ihedioha said the posters were “the handiwork of mischief makers” and asked Nigerians to ignore them.

He said further that he was committed to rebuilding the Peoples Democratic Party, PDP, nationally and in Imo State, where he and others were working ‎to dislodge the APC – led government in 2015.

2015 Elections: No Petitions Yet Against Soldiers