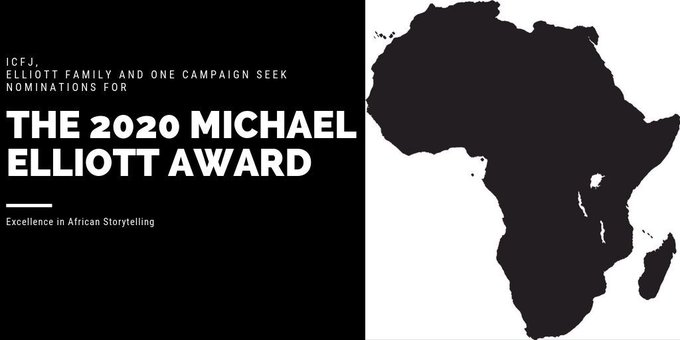 AFRICAN journalists have been called to apply for the Michael Elliot Award for Excellence in storytelling that provides the winner with a $5,000 cash prize to pursue an in-depth reporting project.

The award, in its fourth year, is a collaboration between the International Center for Journalists (ICFJ), the ONE Campaign, and the Elliott family to honour up-and-coming journalist in Africa who tells important stories through quality reporting.

“We are seeking a wide variety of topics, not limited to health and social issues, to demonstrate the creative approaches to pressing issues in Africa,” award advert read.

The award was in honour of Michael Elliott, “an outstanding editor, philanthropist, and former ICFJ director, whose life was a testament to the power of storytelling to bear witness to and improve the human condition”.

Part of the benefits for the winner includes a two-week internship at The Economist in London, United Kingdom and spend time in United States newsrooms in Washington, D.C. and New York City to learn new skills and share knowledge.

Applicants should have no more than 10 years of journalism experience, part of the criteria read.

“The submission can be a feature story; an in-depth, investigative or explanatory piece; or a multimedia report or documentary” it added.