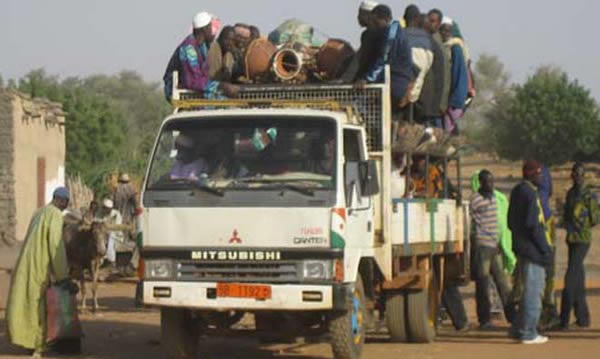 The Nigeria Immigration Service, NIS, in Katsina State said it has arrested seven persons for human trafficking and related offences.

The NIS Comptroller in the state, Emmanuel Ogbumuo, told newsmen in Katsina on Monday that the suspects were arrested by its patrol team in Kongolam axis following a tip off.

Ogbumuo said the suspects who are between the ages of 19 and 29, were trying to cross the border through the irregular route to Agadez, Niger Republic, then to Libya and finally to Europe.

He explained that one of the suspects was in possession of a forged ECOWAS travel certificate, while the others had no travel document.

The immigration chief said the suspects would be handed over to the National Agency for the Prohibition of Trafficking in Persons, NAPTIP, for further actions.

He reiterated that the NIS was determined to rid the country from human trafficking and illegal immigrants in spite of the porous nature of Nigerian border.

Over 20,000 Nigerian girls stuck in Mali