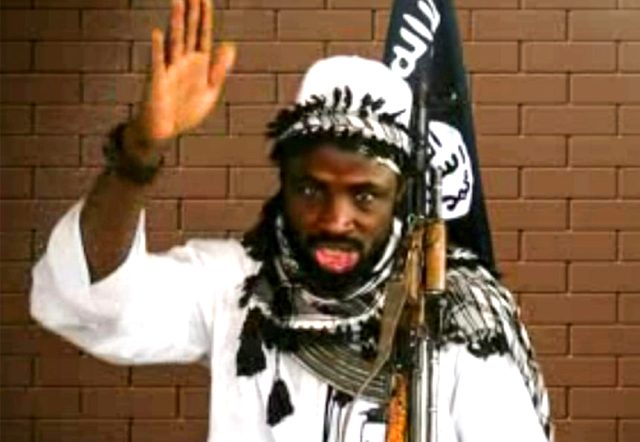 Abubakar Shekau, factional leader of Boko Haram, has issued a chilling call to his fighters in Nigeria and parts of Africa to “shoot, kill and capture infidels” in Lagos, Abuja and other parts of the country.

Shekau particularly called for the killing of anyone who deliberately professes Nigeria — in Abuja, Kaduna, Lagos, Benin Republic, Chad, and Niger Republic. He asked that they should be shot dead if they refuse to disavow their loyalty to Nigeria.

“Brothers, if you are in Abuja, or in Kaduna, or in Lagos, or in Benin, or Chad, or Niger — wherever you are — if you come across anyone that professes Nigeria, if they do so ignorantly, you should educate them. But if deliberate, shoot him, brother,” Shekau said in a 10-minute video published by Sahara Reporters on Wednesday.

The video is believed to be his response to the latest claim by the military that the group had been completely defeated.

Rogers Nicholas, a Major General and Theatre Commander of Operation Lafiya Dole, had said on Saturday that Boko Haram was no more.

“My soldiers are in the heart of Boko Haram enclave that is ‘Camp Zairo’, the gallant troops have taken total control of Sambisa Forest. We have broken the heart and soul of Shekau’s group, taking over the camp and its environs,” he said in Maiduguri, Borno State.

However, in the latest video, Shekau downplayed the military’s claims, including the collaboration with Cameroon, and promised more attacks.

“Their leader claiming that they have partnered with Cameroon and others to fight us, not only in Sambisa but in Nigeria as a whole and Cameroon, and saying they do not want to see any member of Boko Haram,” Shekau said.

“We also do not want to see anyone that pledges allegiance to Nigeria in Cameroon, Nigeria, Chad, or Benin.

“We are in war with those that ‘pledge to Nigeria his country, to be faithful, loyal and honest, to serve Nigeria. We are in war against those who build schools attended by infidels. Anyone following any tenets different from that which Prophet Mohammed brought is against us and we will to go war against them.”

He called the Theatre Commander a liar, wondering why the military was yet to rescue the policewomen he abducted in June 2017, who are still being held in Sambisa. He also claimed the tank allegedly captured by soldiers in Sambisa was abandoned by the group years ago.

“And you, I don’t even know your name [referring to the Theatre Commander, Maj Gen Rogers Nicholas], the Igbo leader of the military in Maiduguri lying to people that you have captured Sambisa simply because you got some women who are your ilk, some of whom we killed.

“So, where are the policewomen, if you have overpowered us, since they are being held by our brothers in the same Sambisa? Why haven’t you rescued them, you liar? And you got a vehicle that we abandoned for almost three years and claiming you have killed us. How come we are hale and hearty?

“Since you said you do not want to see us in Nigeria and Cameroon, we are also warning anyone against walking into Sambisa or the bush in Cameroon or elsewhere, or they will be dead.”

Before ending the video, Shekau, in an usual voice, issued a rallying call to his fighters to pick up arms, reminding them that there’s reward in it.

“My brothers in faith, my brothers who profess the Holy Prophet (peace be upon him) and with whom we agreed to do the work of God, those we gather in the name of Jama’atu Ahlis Sunna Lidda’awati wal-Jihad, rise up and, if possible, come and join your brothers and fight the war together so that you will be rewarded. If you have a gun hidden somewhere in town, wherever you are, shoot it, kill, capture and bring to us,” he concluded.