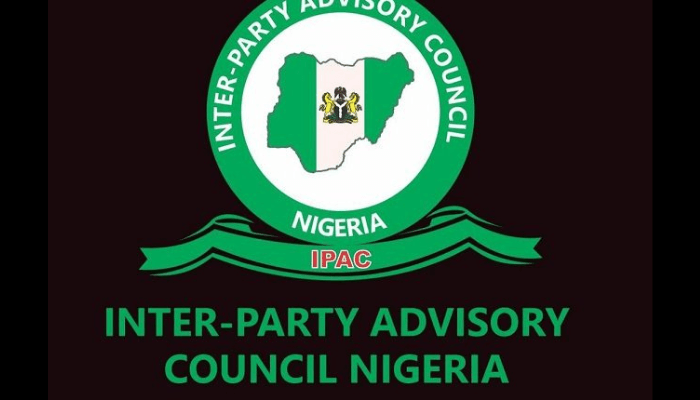 THE umbrella body of all registered political parties in Nigeria, Inter-Party Advisory Council (IPAC), has warned that the rising level of insecurity in parts of the country may abort the 2023 general elections.

The Chairman of the IPAC, Yabagi Yusuf Sani raised the alarm during a meeting with the Director-General of the Department of State Service (DSS) Yusuf Magaji Bichi.

Sani expressed worry over frightening incidents of insecurity across the country in recent times.

He described insecurity as a major threat to the country’s progress on the path of democracy.

In a statement released on Monday by his spokesman, Ayuba Ahmad, Sani was quoted as saying, “Beside the calamities of death, disruption of the nation’s economy and the devastating social dislocations presently on the rampage across the country, the monstrous phenomenon of insecurity palpably portends the capacity of reversing the gains Nigeria has made in the entrenchment and consolidation of democracy by aborting the coming elections in 2023.”

Sani claimed that terrorists have taken control of parts of some states in the Northern region and are targeting formations of security agencies.

The IPAC chairman is the latest to raise concerns over the effect of insecurity on the 2023 general elections.

Nigerian governors had in a policy brief with President Muhammadu Buhari last week,  expressed concerns over the growing incidents of insecurity in the North-western region.

The governors warned that elections may not hold in some North-West states and urged the President to take effective measures towards addressing the prevalent security issues in the Northern parts of the country.

The United Kingdom (UK) had also expressed concerns over the spate of violence and insecurity in Nigeria in the build up to the 2023 general elections.

The Director of UK Foreign Commonwealth and Development Department, Chris Beecroft, who spoke at the launch of the Nigeria Governors’ Forum Peace and Inclusive Security Initiative (PISI) in Abuja last month, warned that the 2023 general elections may not hold.

Beecroft, who cited cases of insurgency in the North-East, resource conflicts in the Niger Delta, killings in the South-East and banditry in the North-West, called on the Nigerian government to strengthen its military force towards resolving the security challenges.

“We are at a critical juncture in Nigeria’s journey, and now is an important moment for new thinking and action to build a more peaceful future for all Nigerians.

“Police and army are in urgent need of reform-but the solution to Nigeria’s instability does not lie in simply strengthening the police and army-but rather in building an effective social contract, building federal, state, local and community level infrastructure to manage conflict; and in giving young people jobs and opportunities so they have a stake in a prosperous and peaceful Nigeria,” Beecroft said.

However, the National Security Adviser, Babagana Monguno, a retired Major General, had assured Nigerians that the 2023 general elections would hold peacefully.

Monguno, who spoke at the opening of an election security management workshop held by the Nigerian Police Force earlier in August, said President Muhammadu Buhari had ordered the police and other security agencies to review their operational strategies towards curtailing the rising security challenges which threaten the 2023 polls.

Also, the Director General of DSS, Yusuf Magaji Bichi assured that insecurity would be addressed before the 2023 general elections.

Responding to the concerns raised by IPAC, Bichi said, “While members of the public may not be aware of the impressive mileage covered so far, the security agencies have been working assiduously in collaborative efforts with the results that the various armed groups, insurgents and other violent criminals have been severely decapitated to the near position of total annihilation.”

He further urged the political parties, their candidates and supporters to ensure peaceful and issue-based campaigns “instead of stoking the embers of insecurity, anarchy and violence by whipping up divisive sentiments of religion, ethnicity, regional and other fault lines”.