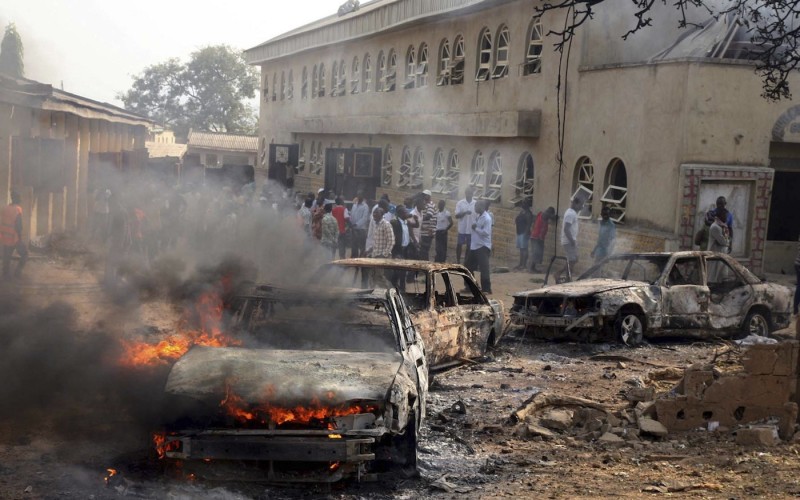 At least 27 people have died and another 83 are wounded after Boko Haram suicide bombers struck in Konduga, near Maiduguri, capital of Borno State.

According to Reuters, a woman bomber blew herself up and killed 27 others at a market in the village of Konduga, near Maiduguri, the epicentre of the conflict between government forces and the Islamist Boko Haram insurgents.

Quoting a village head and an official from the Civilian Joint Task Force (JTF), it said two suicide bombers also blew themselves up at the gates to a nearby refugee camp, killing nobody but injuring many.

How I escaped Owo attack – survivor

Chat us on WhatsApp
Advertisement
Previous articleHow attack on Charly Boy nearly sparked a Hausa-Igbo crisis at Wuse market
Next articleObiano boasts: I’ll win Anambra election because there’s no one competing with me