Maina’s family: This govt invited our son and gave him DSS security, why deny him now? 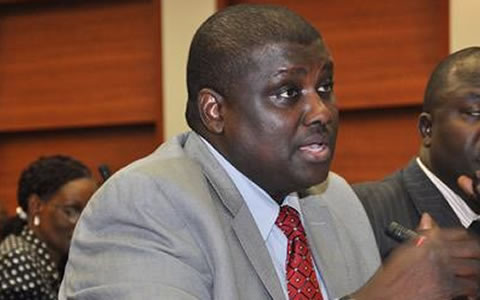 Family members of Abdulrasheed Maina say their son is not a criminal, rather he was begged by the Muhammadu Buhari administration to key into the change agenda.

Aliyu Maina, spokesperson of the family, said this at a press conference in Kaduna on Wednesday.

He was joined by Salihu Maina and Ladan Abdullahi, who are also members of the family.

“Perhaps it is his noble efforts that made him enviable to the present administration when they came into power to convince him to come back and assist in its ‘CHANGE’ agenda.

“Abdulrasheed was in fact invited by this administration and he was promised security to come and clean up the mess and generate more revenue to government by blocking leakages.

“He succumbed to the present administration and came back to Nigeria. He has been working with the DSS for quite some time and he was given necessary security.

“There is a letter from the attorney-general of the federation where he gave his own legal opinion regarding the court verdict which was submitted to the Civil Service Commission and the head of service respectively.

“So, one wonders why all the agencies and various individuals responsible for his return are now denying.”

Aliyu said he was convinced his brother was being blackmailed by some cabal in the presidency, adding that the family would soon expose them.

“The cabals have gone to the extent of marking our house in red paints with an inscription of E.F.C.C under investigation,” he said.

“The EFCC is wrong in their action because Abdulrasheed inherited so many properties from his late father in Kaduna and Abuja; some of them were built before he was born, so how could he have acquired them fraudulently?

“The entire family of Abdullahi Maina is categorically stating that our son is not in any way a fraudster, rather he is a messiah who brought reforms into Nigerian Pension Scheme, whose effort saw the disappearance of pensioners roaming the streets of Abuja and other state capital in Nigeria.

“We are aware that all this act of calumny is not targeted against Abdulrasheed Maina alone but against the President of Federal Republic of Nigeria and the office of the Attorney General.

“We have contacted our lawyers, Messr Mamma Nasir & Co, and instructed them to act appropriately.

“We equally know that Abdulrasheed Maina is in possession of many facts against the cabal and interesting to the Nigerian populace, which he will disclose very soon.”

Children’s Day: Is Nigeria doing enough for her future leaders?

AHEAD of the 2023 general elections in Nigeria, the Peoples Democratic Party (PDP) held...

THE All Progressives Congress (APC) has rescheduled its presidential primary election to Monday, 6...

Chat us on WhatsApp
Advertisement
Previous articleMalami on Maina’s recall: I won’t talk until Buhari gives me clearance
Next articleALERT: Only 30 percent of 1.7m UTME candidates are eligible for admission