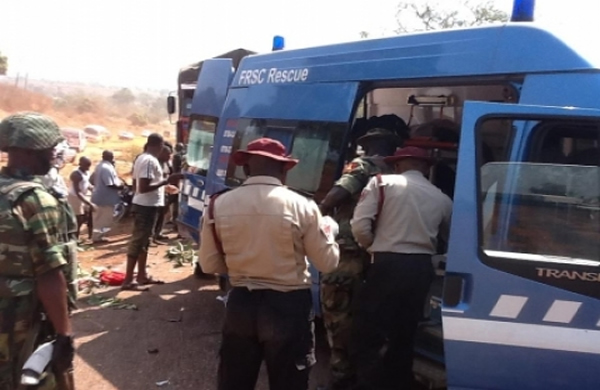 The Federal Roads Safety Commission, FRSC, has been charged to check the incessant killing of citizens by the reckless driving of convoys on Nigerian roads.

President of the Nigerian Medical Association, NMA, Osahon Enabulele, gave the charge against the backdrop of the road accident which claimed the life of former National President of Academic Staff Union of Universities, ASUU, Festus Iyayi, when his vehicle collided with the convoy of the Kogi State governor.

Enabulele also wants the federal government to constitute an official inquiry into the accident.

Speaking in Benin City, Edo State where he led a delegation of the association on a condolence visit to the family of the late Iyayi, the NMA president said the death was a huge loss and urged the FRSC to urgently put an end to the recklessness of executive convoys “whose intolerable impunity has sent many innocent and productive Nigerians to their early graves.”

“While we mourn the extremely sad and tragic death of this dogged and courageous fighter for socio-economic and political justice in Nigeria, and an unrepentant crusader for restoration of standards and excellence in University education, we are pained that his death followed another despicable act of recklessness and impunity by executive convoys,” he said.

He added: “We restate our call on governments at Federal, State and Local government levels to be more committed to the development of the transport system, particularly in terms of fixing and regularly maintaining the several bad roads and death traps that dot Nigeria’s highways and landscape.”

He noted that Nigeria and indeed the academia would miss Iyayi’s inspirational literary works and frank contributions to the resolution of the several questions bordering the existence of the Nigerian state.

He urged the family of the late activist to take consolation in the fact that the he lived a good life.

Son of late Iyayi, Oriabure, who responded on behalf of the family, thanked the association for the visit and expressed the hope that NMA would continue to uphold the ideals of the struggle by continuing with the association’s current efforts to give voice to the voiceless, healthcare for ordinary Nigerians and fighting for the common interest of the masses which his father fought and died for.

Other members of the team from the NMA who paid condolence the family include the association’s Secretary General, Akpufuoma Pemu, the Edo state branch chairman of NMA, Emmanuel Ighodaro and past President of NMA, Dominic Osaghae, amongst others.