Military Admits Shekau Not Dead, But Is On The Run 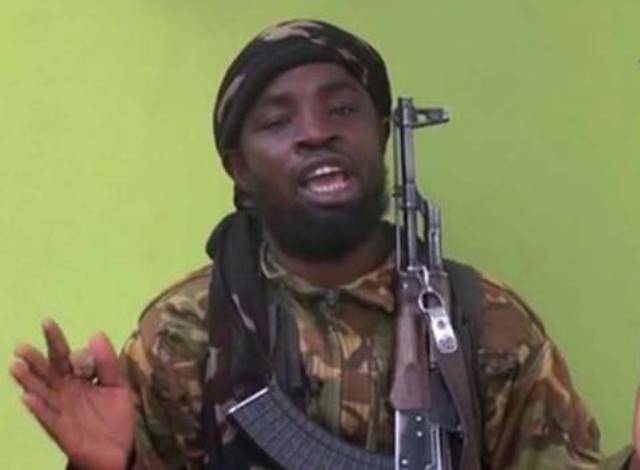 
The minister of defence, Mansur Dan-Ali, has said that the wanted leader of the Boko Haram sect, Abubakar Shekau, is still alive but is on the run and could possibly be hiding in Sambisa forest.

Dan-Ali represented President Muhammadu Buhari at the opening ceremony of the National Army Small Arms Competition, NASAC 2017, which took place at the Sambisa forest on Monday.

Speaking with state house correspondents after a meeting with the President on Tuesday, apparently to brief him on how the event went, the defence minister said Shekau had been disguising with masks to evade arrest.

He again reiterated that the military had overpowered the sect, and thatthat Shekau will be arrested “as soon as possible.”

The minister said: “The spiritual headquarters has been ransacked and vandalised, and Shekau is on the run.

“He may be hiding in one of the enclaves of Sambisa forest, which we are dominating.

“We have opened up the place we are using the place as a training area (and) we shall be patrolling and be ransacking that forest for the whereabouts of Shekau.

Dan-Ali expressed optimism that sooner than later the evasive Boko Haram leader will meet his waterloo.

“I believe it’s just a matter of time, it took America about seven to 10 years to get Bin Laden, so we will get Shekau as soon as possible.”

The minister’s comments seem to contradict the position of the Nigerian military that Shekau has been killed.

“I can confirm to you that the original Shekau was killed, the second Shekau was killed,” said Leo Irabor, the theatre commander of the counter-insurgency operation in the North East – ‘Operation Lafiya Dole’.

But the Defence Minister said the insurgents use mask to disguise as Shekau, adding that the real Shekau will soon be apprehended.

“Let me tell you categorically, these insurgents have a way of disguising with masks.

“It’s possible that there are many (Shekaus), but we are looking for the real one.

“He has been using mask to give the impression that he has been killed, so that we can relax, but we will not relax until we get him.”

Insurgency: It’s foolish for Nigeria @60 to abandon its…

Boko Haram says it killed 78 farmers in Zabarmari because…