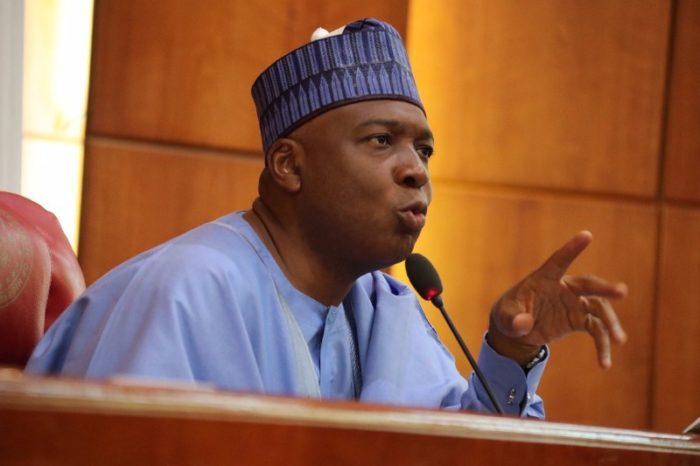 SENATE president of the 8th Assembly, Bukola Saraki has reacted to the court’s order for the forfeiture of his properties in Ikoyi, says his lawyers will be approaching the court.

A federal High Court sitting in Ikoyi, Lagos State on Monday ordered for the forfeiture of Saraki’s properties in Ikoyi following an application through the Economic Financial Crimes Commission (EFCC) counsel.

Saraki in his reaction to the order stated that the court sitting in Ikoyi was not informed about the pending order of a federal high court in Abuja which restrained the EFCC from taking any steps regarding the Ikoyi properties pending the determination of a suit filed before the court.

In a statement made available on his official Twitter handle @Bukolasaraki, he wrote that he believes the court was also not made aware that the property in question formed part of the judgment of the court given on July 6, 2018 while he was the senate president.

He said that the Supreme Court has declared that the source of funds for the purchase of the court was not illicit as claimed by the prosecution, EFCC.

“The Supreme Court specifically referred to No 17a McDonald Road on pages 12, 13 and 26 of its judgement upholding the no –case submission made before the Code of Conduct Tribunal” he tweeted.

He expressed confidence that the order forfeiting his property to the government will be vacated  when the declaration of the Supreme Court on July 6, 2018 are brought before the court.

Again, Sanwo-Olu insists no life was lost during Lekki…