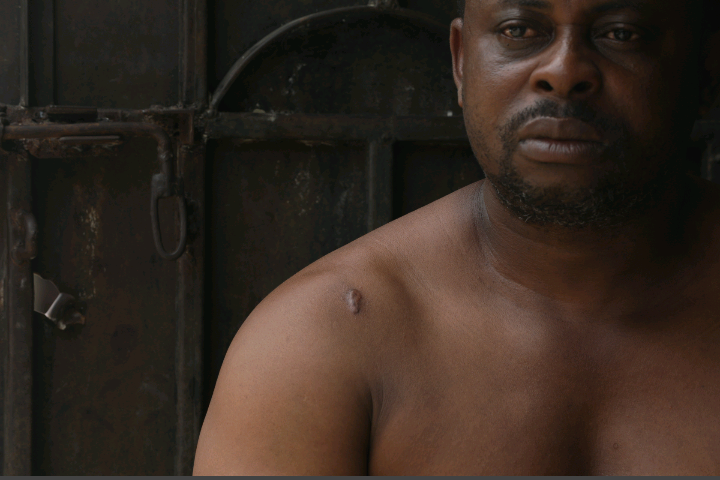 In the heat of the #EndSARS protests, Ibiam Orji and Ikedichi Ekpe were shot right in front of their own home.

ON October 20, 2020, while the #EndSARS protests spread across Nigeria, Ikedichi Ekpe was returning from work and met his neighbour, Ibiam Orji, at the gate of their compound, off Okigwe Road in Aba.

As Orji was opening the gate for Ekpe to enter, gunshots were heard around their home. Some minutes later, it appeared that a bullet had hit Orji in the stomach, with another catching Ekpe on the chest.

#MySARSstory: Death at a demonstration

Both Orji and Ekpe were rushed to the hospital, where a doctor tried to save them for up to four hours. Ekpe survived, but Orji couldn’t make it. He died aged 52.

The late Ibiam Orji, a father of four – two boys, two girls – is still in the mortuary as there is no money to bury him, according to his daughter, Chioma Marvelous Ibiam, 18.

“We frankly do not know what to do. Our family tried to file a case against the police. We hired a lawyer to that effect, but we couldn’t afford to continue paying his fees, so we dropped the case,” Chioma Ibiam says.

For Ekpe, 53, the trauma is still raw. “I will never forget that day. That was the first time I experienced a bullet,” he says. “I had only ever heard of bullets and seen them in movies. I never imagined I would be struck by one someday.”

For Orji’s family, the loss has hit them hard. “My dad’s absence has really been felt in our home. Since he died, the happiness and warmth has been lost. Nobody laughs anymore. Not even a smile. Everyone is always sad, always minding his or her business. In our neighbourhood, he was loved because of his pleasant personality. He was so kind-hearted, and loved to carry everyone along. People called him ‘Neighbour Ibiam’,” Chioma Ibiam says.

Ekpe may have survived, but it has come at a huge cost. “I have been suffering as a result of the gunshot wound,” he says. “My hand, shoulder and even my heart have been troubling me. The pain is unbearable. I go to the hospital for a checkup every two weeks.

“Due to my slow and long recovery, I have been in my house for nearly five months. You can imagine just how much money I have spent on medical bills during this period. I remember spending at least 100k naira on my first hospital visit.

“Recently, when I went for a checkup, I spent 52,500 naira just so they could check and see if they would find anything inside my body. I still feel mild irritation on the spot where the bullet hit me.

“To be honest, I am not sure I will be going for checkups anymore. It is not because I don’t want to. There’s just no more money.”

For Ekpe and the late Orji’s family, justice is yet to be served.

“The government doesn’t seem to care about what happened to me and the late Orji Ibiam,” Ekpe says.

“I don’t even think they know what happened, as nobody has come to look into it. In other countries, the government would have reached out to the affected to offer help and justice. But, ah well, looks like Nigeria is not part of ‘some other countries’.”