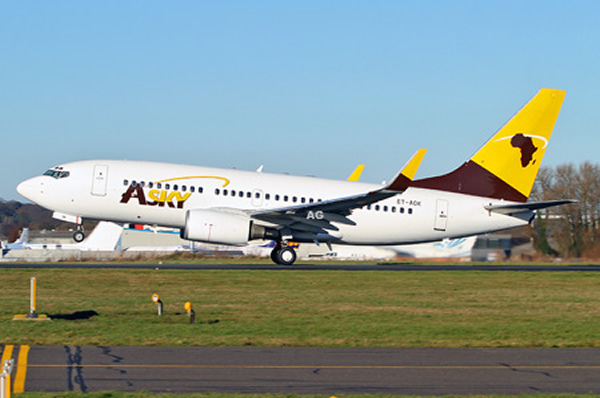 The Nigerian Civil Aviation Authority, NCAA, has banned all flights of Asky Airline to Nigeria, for flying in a Liberian man, Patrick Sawyer, who died of the Ebola virus last Friday in Lagos, saying carrier has not demonstrated any capacity to prevent another possible transportation of Ebola victims into the country.

In a statement issued by the general manager, public communications of NCAA, Fan Ndubuoke, on behalf of the acting director-general of the agency, Benedict Adeyileka, the sanction was given to protect Nigerians from the deadly Ebola virus.

Adeyileka said the country manager of ASky could not offer any explanation on the matter when invited for questioning and failed to demonstrate any capacity to prevent a reoccurrence.

This is contrary to the provision of Article 14 of the Chicago Convention, 1944, which provides that each contracting state agrees to take effective measures to prevent the spread by means of air navigation, of cholera and other such communicable disease.

The International Civil Aviation Organisation, ICAO, has similarly prescribed measures (Standard Practices) in Annex 9 to the Convention which a state must take to prevent the spread of communicable disease in the event of an outbreak.

NCAA said the airline will not be allowed to fly into Nigeria until it is able to sufficiently prove that adequate machinery is in place to provide adequate screening of passengers in all its points of operation, including profiling of each passenger.

Adeyileka also directed the Directorate of Air Transport Regulation to proceed to write a letter of investigation to the airline, as well asto other airlines operating into and out of the country to ensure they put in place all necessary preventive measures during screening of passengers.

He also assured that the NCAA would coordinate the establishment of a rapid response health team at the international airports, being major ports of entry, in order to keep the Ebola virus out of the country.

The suspended ASky Airline is an important player in East, West and Central Africa, operating 80 flights into Lagos State and Abuja weekly.